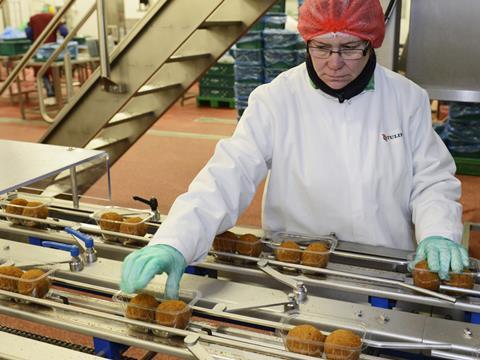 Financial performance was hit by £34.2m of writedowns, primarily related to a review of its production assets.

Underlying performance also remains under pressure, with annual sales down to £1.06bn and its operating loss up 4.8% to £37.6m.

Ongoing losses have forced owner Danish Crown to implement a “comprehensive” cost-cutting programme, with the past year seeing two rounds of job cuts including 150 job losses across Tulip in November last year and a further 300-400 wider group roles in January.

However, a spokesman for Danish Crown said the turnaround efforts were beginning to have an effect and trading had improved since year-end.

He stated: “While Tulip remains a challenge, recent capacity adjustments and an extreme cost focus means the business is now moving in the right direction. The plan devised for the Tulip business over summer and autumn 2018 is having the desired effect.”

Read the full story on thegrocer.co.uk/finance later this morning

Private label household goods supplier McBride (MCB) slumped 12.2% back to 67.8p as its torrid recent run continued yesterday, warning that current trading was below expectations even after a profits warning in May.

Ocado (OCDO) fell back 6.2% to 1,140p to put an end to its recent good run and the positive City reception to its first half results on Tuesday despite making a £140m-plus pre-tax loss.

The City welcomed the news that Reckitt Benckiser (RB) has agreed a US$1.4bn payout with US regulators over the activities of its former pharma arm, sending the shares up 2.5% to 6,590p.