IFRS 16 accounting change will be momentous for UK retailers 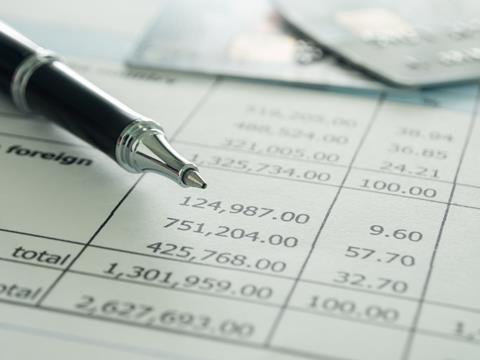 Under IFRS 16, all companies will be required to include operating lease on their balance sheets

The retail sector’s resilience has been thoroughly tested throughout 2018, with a constant stream of Company Voluntary Agreements and profit warnings causing consternation among investors and stakeholders.

The industry could receive little respite next year, as the spectre of a significant new accounting rule looms large. IFRS 16, an accountancy measure announced by the International Accounting Standards Board in 2016, will come into force in January 2019 and will require all companies to include operating lease debt on their balance sheets.

While IFRS 16 is, on the face of it, another obscure accountancy standard, it will be momentous for retailers. It could have huge knock-on effects for their financing, whether that comes from banks or investors.

Read more: How do supermarkets’ privacy hubs measure up on GDPR?

The retail sector’s fixed asset base is largely leased - and these are long leases too. Where previously the balance sheet was blind to these assets and liabilities, come 2019 they will have to appear on the balance sheet, increasing companies’ debts enormously.

As a result of IFRS 16 implementation, net debt across the S&P Euro 350 largest listed European corporates is expected to increase by 16% to €306bn. This figure will be heavily skewed towards companies in sectors such as retail, transport and aviation. However, it should be noted there will be no cash impact on companies once IFRS 16 comes into force and the rating agencies have already factored in the risk.

With that said, an unfortunate function of market practice in leases means that companies in the UK will be disproportionately affected, due to the UK typically having the longest lease terms at five to 10 years, compared with European averages of three to five years. UK retailers will be among the worst affected as they operate with the longest lease terms, driven by non-cancellable long-dated property leases. Notably, a distinct and common feature representative of the UK’s leasing market is upwards-only rent reviews. This means that consumer staples and consumer discretionary sectors are set to see their debt increase by 15% and 20% respectively.

The impact on retailers’ balance sheets will be most pronounced in the first years of implementation. In order to mitigate the effects of a cliff-edge transition, retailers need to communicate these effects to debt and equity holders well in advance of its implementation. The sensitivity to earnings per share may lead companies to alter key performance indicators. Many companies are leaving their investors unprepared, which will inevitably lead to a shock once IFRS 16 is implemented.

For retailers who are not investment-grade companies, the impact will be even more significant. Companies with financial covenants on their bond and loan documents, which tend to be non-investment grade, will need to undertake discussions with their banks and lawyers to redraft different covenants. Compounding this issue is the simple fact that the market has not yet reached consensus on how to redraft financial covenants.

We do know that non-investment grade companies are likely to have much higher net debt levels, decreasing their credit worthiness further. It is these weaker companies on the rating spectrum that will have less negotiating power with debt investors around tweaking covenants. Banks could insist that covenants are increased to include the operating leases that will now sit on the balance sheet.

But the market is currently borrower-friendly. Savvy retailers should take advantage of this window of opportunity by proactively negotiating with their banks now. If the credit cycle were to turn, as many expect, and we entered a less creditor-friendly environment, the impact of IFRS 16 could be greatly pronounced. While there have been some early adopters already, with only six months to go until IFRS 16 comes into force it is vital that companies begin preparing now. With the retail industry already in the spotlight, complacency towards this new accountancy standard could leave many in an even worse position. By preparing their investors for the change and taking advantage of the borrower-friendly environment, however, companies will be able to mitigate against the worst shocks of IFRS 16.

Simon Lello is head of global multinationals at MUFG