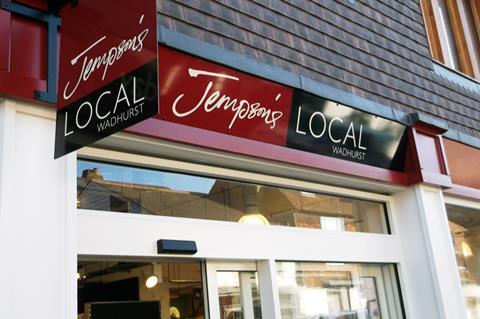 The results were helped by a continued focus on growing the own-label business, said MD Stephen Jempson

Family-owned supermarket group Jempson’s has recorded solid growth in 2019 thanks to its refurbished Rye store, increased trade at its smaller convenience outlets and a focus on its premium own-brand range.

The five retail sites registered growth of 3.3% in the year and sales at the cafés and bakeries rose by 8%.

MD Stephen Jempson said results were helped by a continued focus on growing the own-label business.

Jempson’s restructured during 2019 as Stephen bought his brother Andrew, who has co-run the retail group since the 1990s, out of the business. Stephen said the buyout was amicable and Andrew was pursuing other projects in the retail and leisure space.

A new holding group has been formed and the trading operations split into three divisions: property (consisting of the freehold for the stores), supermarkets (including the petrol station) and bakeries and cafés.

These will trade independently within the group, with each having their own future growth and expansion plans.

The ownership of the group – formed in 1935 by George Thomas Jempson – remains solely in the Jempson family.

“We are pleased to report positive like-for-like growth across all aspects of the business during 2019,” Jempson said. “Particularly pleasing was the 3.3% growth recorded from the Jempson’s supermarkets and local stores. The coffee shop business continues to trade very well with like-for-like growth just under 8%.

“Our particular focus on our Rye bakery, bread brand and Jempson’s kitchen, Jempson’s fresh and butchery labels have enabled us to perform well. This is part of our long-term strategy to increase our own-label performance across the group.”

Turnover at the newly formed Jempson’s Group Holdings for the 18 months to 30 June 2019 was £43.1m, with an EBITDA of £1.3m, new accounts filed at Companies House showed. Comparisons with the prior financial year are difficult because of the extended time period and the restructure of the group.

However, the underlying profitability is expected to improve in the current financial year as a result of further efficiencies in bakery production and improved buying terms from Nisa.

The flagship Peasmarsh store is undergoing a major refurbishment this year and changing its operating model to focus more on the in-store restaurant, pharmacy, food-to-go and specialty and artisan goods, with a new, larger in-store bakery that will supply the rest of the stores. The business is also opening a new c-store later in the year.

“There is a real positivity in the independent retail sector and a gap in the market for businesses like Jempson’s as we focus on premiuimisation and innovation,” Jempson added