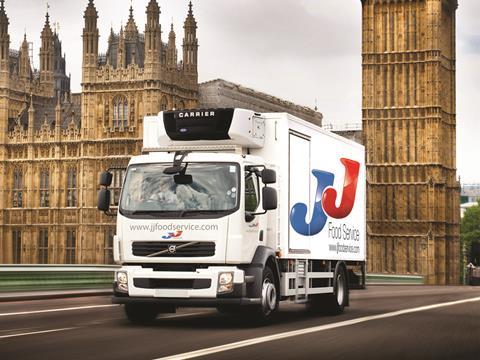 JJ Food Service sales have topped £200m for the first time, though profits almost halved in the year to the end of March.

The company saw pre-tax profits plunge from £6.1m to £3.7m on turnover up from nearly £194m to £201m, latest accounts published at Companies House reveal.

Mustafa Kiamil, group chief executive, said the higher turnover for the year reflected the increased activity at the newly opened depots. These were Dagenham, Leicester and Newcastle, which opened within a single month at the end of 2016.

However, he said there was an impact on margins during the year and this, together with higher operational costs, including the increase in the national living wage and the Apprenticeship Levy, resulted in a downturn in profitability.

“The food wholesale market is experiencing a period of change and together with the economic uncertainty this leads the directors to believe there will be an impact on the growth and margins in the current year,” Kiamil said in the strategic report with the financial statement.

Terry Larkin, group general manager, told The Grocer JJ had dealt with the challenges by absorbing price hikes to support its customers in remaining competitive.

“It’s more important than ever before that caterers innovate and engage with their customers. No one can rest on their laurels in such a competitive environment,” he said.

“Food price hikes and staff shortages are continuing to affect our catering customers. This may result in more restaurant closures in 2019 and beyond.

“We are supporting our customers by investing in our people and processes to ensure that caterers receive a first-class service. With so many wholesalers to choose from, it’s service that will really differentiate wholesalers in the year ahead.”

Larkin said the catering industry had suffered from a lot of consolidation in the past year, with the number of UK restaurants closing up by a fifth in 2017.

“Food prices have risen and staff costs have increased, which is putting caterers, and their suppliers, under tremendous pressure.”