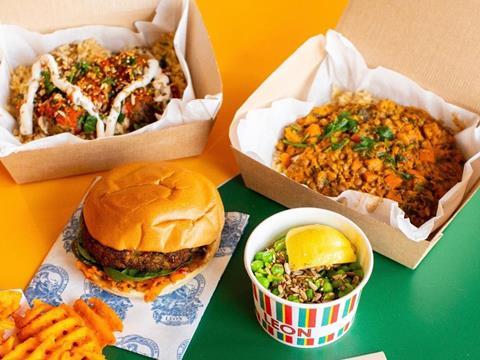 Sales at Leon jumped by a quarter last year, though investment in its international expansion saw the fast food chain make a loss for the third year running.

Co-founder and CEO John Vincent played down concerns over the continued loss, attributing the business’ overall performance to growing the estate and launching into the Irish and US markets.

“We could turn a profit right now if we wanted to,” he said. “This is a growth business and we’re very excited about what it can do. That’s why we’re investing the cash that this business generates in our growth plans both home and abroad, and we’ll continue to do that.”

Leon cited concerns about rising business rates, wages and food inflation as well as uncertainly surrounding Brexit, but said it would mitigate these by driving increased transactions through its “attractive value-for-money pricing strategy”, though it warned that increased prices were a possibility.

Leon plans to open a further 15 to 20 restaurants in 2019, including in Leeds, London’s south bank and Wimbledon. “Against a tough backdrop for our industry, our fantastic team showed that when you have a great menu, excellent service and welcoming locations, people will come,” added Vincent. “We have all seen the struggles being faced by the casual dining industry, with cautious consumers choosing carefully at the same time as businesses contend with increased costs, and so we take nothing for granted. However, seeing the business deliver 18 consecutive months of like-for-like growth whilst opening a further nine restaurants shows we’re responding to the challenge in the right way. We took some big steps in 2018 to take the Leon concept to new markets including the US and Ireland, and this expansion will pick up further pace in the year ahead.”