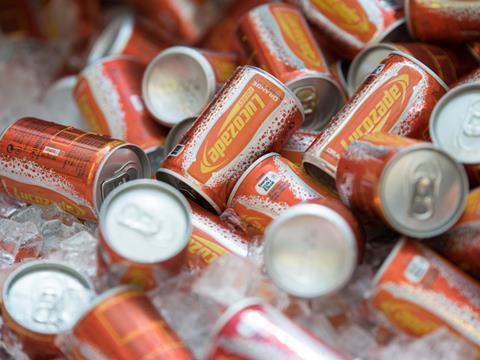 UK sales across Lucozade Ribena Suntory dropped by 6% in the year it undertook the controversial reformulation of its Lucozade Energy range.

However, he acknowledged Lucozade Energy had been impacted by the April 2017 brand reformulation to cut sugar, but that this hit would be temporary. “We expected to see some impact on Lucozade Energy sales following the brand’s reformulation earlier in the year. With any brand as well-loved as ours, some consumers will notice a recipe change. However, we also know shoppers will return to the drinks they love and this is exactly what we’re seeing.” The Grocer found Lucozade Energy lost £62.6m in value sales over the past year [Kantar Worldpanel 52 w/e 25 February 2018] following a backlash over its reformulation to bring it under the sugar levy threshold

The accounts state that LRS operates in a “challenging” sector and faced “tough economic circumstances”. However, the group managed to grow pre-tax profits by 1% to £62m and largely maintain gross margin (53% in 2017 against 55% in 2016) despite these pressures as it cut back on production costs and drove through factory efficiencies.

Lucozade and Ribena were sold to Suntory by GlaxoSmithKline for £1.35bn in 2013.

Thomlinson added: “Over 13 million consumers have joined us on our journey through reformulation, showing how strong the demand is for great-tasting, healthier drinks.

“We’re confident the changes made have paved the way for a healthy 2018 for our customers, our consumers and our business.”