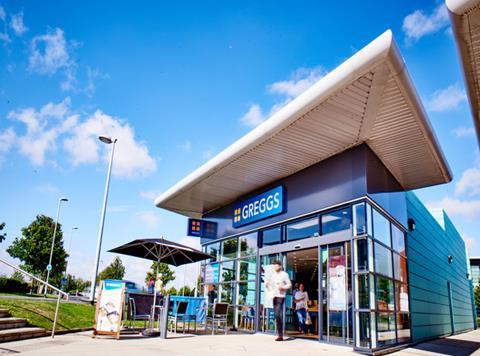 Bakery chain Greggs is looking to ‘ramp up’ allergy labelling after its rival Pret a Manger faced national scrutiny last week following the deaths of two customers. Roger Whiteside, chief executive of Greggs, said the company was fully aware of the extent of the risks and that it wanted to ensure the same thing never happens at Greggs (Telegraph, The Guardian). Greggs raised the prospect of a change to its labelling regime as it revealed a 7.3% rise in total sales in the three months to 29 September (The Times £). Greggs has said that corporate demand for its gift cards as employee or customer rewards is boosting business-to-business activity, while new products and drinks helped to lift quarterly revenues, albeit at a slower pace than last year (Financial Times £).

The owner of Patisserie Valerie, one of ‎Britain’s largest chains of casual dining outlets, will be plunged into crisis when it reveals that it has found a multimillion pound black hole in its accounts. Sky News has learnt that Patisserie Holdings‎ is likely to have its shares suspended as a result of the discovery of financial irregularities. The ‎situation will create a huge headache for Luke Johnson, one of Britain’s best-known and most successful entrepreneurs, who is Patisserie Holdings’ executive chairman and largest shareholder.

The chief executive of Unilever — who was criticised by shareholders for being disengaged during its botched attempt to relocate to the Netherlands — is tax resident in Switzerland (The Times £). The Anglo-Dutch consumer goods company has denied that the arrangement limits the “number of days” that Paul Polman, 62, can work in the UK (Daily Mail). One top shareholder, speaking privately and referring to his residency in Switzerland, said on Friday, when Unilever shelved its relocation plans, that Mr Polman “very rarely saw any shareholders throughout the process and before, for that matter”.

Scottish-based brewer and bar operator Brewdog wants to float on the stock market by 2020, but has not decided whether to list in London or New York (The Times £). The company is exploring options with its financial advisers and is strengthening its internal systems ahead of a potential initial public offering, according to James Watt, its co-founder.

Pret a Manger has the power to take action to prevent future deaths, a coroner at the inquest into the death of teenager Natasha Ednan-Laperouse has concluded (The Guardian). In a report published on Tuesday, coroner Dr Sean Cummings outlined “matters of concern” identified in Natasha’s inquest and wrote: “In my opinion there is a risk that future deaths could occur unless action is taken.”

Hong Kong’s leader has proposed banning sales of ecigarettes in the latest move to control the products touted as a method to help smokers quit (Financial Times £). “I propose a total ban on electronic cigarettes for protecting the health of our citizens, particularly children and teenagers,” chief executive Carrie Lam said in her policy address on Wednesday.

Coca-Cola, PepsiCo, and Nestle have been identified by campaigners as being among a handful of businesses that are contributing most to pollution (Independent). In Europe, these three companies made up nearly half of this “brand audit” of plastic, according the Break Free From Plastic, a global movement consisting of nearly 1,300 groups from across the world including Greenpeace, whose member organisations carried out the work.

Blazing sunshine throughout the summer has led to a bumper year for the UK’s wine producers (Daily Mail). The harvest at the Chapel Down winery in Kent was about 60 per cent bigger than last year’s after the hottest British summer on record.

A third of young people abstain from alcohol and the proportion of them who have never tried it has almost doubled in the past decade, according to one of the largest studies of youth drinking (The Times £).

Bill Ackman’s Pershing Square has built a stake in Starbucks worth almost $900m, catapulting the activist hedge fund into the ranks of the coffee company’s 20 biggest shareholders (Financial Times £).

Burger King is in talks to open restaurants in sub-Saharan African countries including Nigeria as the US fast-food group accelerates its international expansion to better compete with arch-rival McDonald’s (Financial Times £).