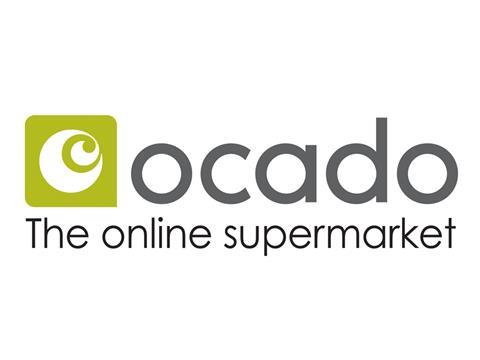 Ocado posted a mixed set of first half results this morning. Although sales rose 12.5% to £713.8m, profits at the online grocer fell almost 20%, basket sizes continued to decline and its debt pile ballooned.

“Sometimes great companies can be wrongly valued. Ocado, in our view, is one of those. Q2 Orders per week growth was 14.5%; slowdown of 220bsps from Q1 and 410 bps slowdown form Q2 LY. This slowdown is in line with our expectation of a continuing slowdown in orders per week. Retail revenue growth of 12.5% was  50bps below our expectation of 13.0%. Ocado’s food business seems a faster version of Sainsbury’s (growing +8% without new non-food sites), rather than a growth stock at similar multiples to Amazon.”

“We forecast EBITDA growth of +8.6% to £91.5 mn, broadly in line with consensus at £94.3 mn. Given this in line set of numbers, we expect no material changes to consensus. Given the share price has been strong, with shares +10% YTD vs. European food retail average of -1% , we believe the stock will be broadly neutral vs. the market.”

“Ocado’s H1 update confirmed underlying margin pressures and failed to shed any more details on the first international licensing deal. The debate rages on as to whether Amazon’s foray into physical stores is a positive for Ocado, we remain of the view that the opposite likely applies.”

“With already pre-reported numbers for the first 22 weeks, the H1 results (26 weeks) are close to expectations and consensus. Ocado reported £713.8m H1 sales, up 22.2% yoy, a notch above our forecast (£711m). H1 EBITDA is also slightly above at £45.2m, up 12.0% yoy, (BofAML £44.6m, Bloomberg consensus £44.4m). The recent opening of the third distribution centre is temporarily pressing the EBITDA margin (-41bps yoy or down 117bps adjusted for the number of weeks). This is, in our view, inherent to Ocado’s growth and expansion. The cash profit should be the key focus.”

“How do you solve a problem like Ocado? In tech terms, Ocado is at the front of the grocery starting grid but even then its future is not guaranteed. While it is no mean feat to increase sales in the current environment, basket sizes are declining, profits are down and the debt mountain continues to grow. The Ocado narrative rolls on, namely its revenues from selling groceries aren’t growing fast enough to recoup its astronomical set-up costs. Tim Steiner’s purported deal with a regional European retailer signing up to use its Ocado’s Smart Platform isn’t the blockbuster deal that is needed.And while conversations with multiple retailers are welcome, shareholders want to see something more concrete.”