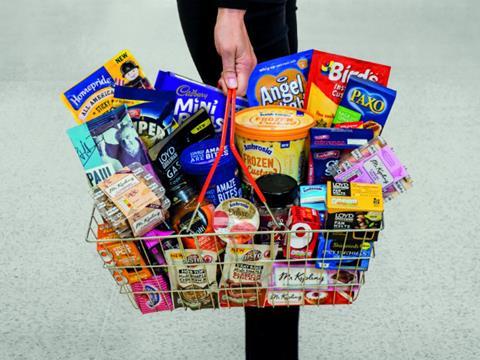 Premier Foods (PFD) CEO Gavin Darby has hailed its first year of annual revenue growth since 2012 as proof the board’s strategy is working, shrugging off criticism over its handling of the aborted takeover approach from US food group McCormick.

The sales growth is an early vindication for Premier’s board after it rebuffed the takeover advances of US food group McCormick and instead signed a co-operation agreement with Japan’s Nissin Foods.

During the bid process a number of Premier investors voiced concerns over the way the Premier board handled McCormick’s approach, but CEO Gavin Darby told The Grocer that the vast majority of major shareholders were backing the board’s strategic vision.

“90% of our major shareholders understand that there was never a McCormick offer,” he said. “It was an indicative offer which, after two weeks of due diligence, did not translate into an offer. It translated to a no-bid.”

“The vast majority of shareholders are saying ‘if you can grow the business by 2-4% in an environment where food prices are falling, you will transform over time the economics of your company’,” he added.

“Premier is a fabulous business as it is now within touching distance of the holy grail of having great brands that are growing with strong margins. That is a beautiful place to be”.

Darby said the 0.6% annual growth showed “the strategy is working”, particularly having achieved growth in the six brands behind which it had concentrated its marketing investment last year.

Darby said these categories had also seen 20 innovations and new products during the year and now focus was shifting to Premier’s other underperforming major brands, Ambrosia and Batchelors, which saw sales decline by 2.9% during the year.

“That magic formula that we’ve been deploying against the six growth brands is going to get rolled out to Ambrosia and Batchelors this year,” Darby said. “You don’t have to be a mathematician to work out that if two brands that account for 25% of our branded sales turn positive, Premier’s revenues will grow faster next year.”

Along with increased international sales and concentration on growth in the cake-to-go category, this will drive Premier’s revenues higher by 2%-4% next year and in the medium term, Premier forecasts.

That growth target does not take into account the additional opportunities from its partnership with Nissin, which Darby said is ramping this week but will only start contributing to the top line in the 2017 financial year.

Premier announced today Nissin Foods’ Tsunao Kijima will join the board as a non-executive director on 21 July 2016 and Darby said a team from Nissin is in the UK this week to kick off the initiative.

Both companies have a dedicated senior executive working on the project, which will initially see Nissin use Premier’s UK sales operation, Premier use Nissin’s scale in the US and leverage Nissin’s food and tech IP.

“Reciprocally selling each other’s products is something that can generate quite tangible results, but there is still a lot of work to do, such as consumer research, all of which is happening as of now,” he said.

Darby also said there could be future synergies in manufacturing as Nissin is expanding in Eastern and Central Europe, potentially giving Premier access to a low-cost supply base within the EU.

Underlying trading profit for the year remained flat at £131m, partly due to a £3m higher marketing spend during the year. Pre-tax profit was up 3.5% to £86.1m.

Notably, net debt reduced to £534.2m from £584.9m during the year, with Darby pointing to the “fantastic transformation” of its balance sheet over the past few years.

He pointed out that at his first set of annual results in December 2013 Premier Foods’ combined net debt and pension deficit stood at over £1.4bn, while today that has been slashed to around £400m as it now has an IAS 19 pension surplus of £130.9m. That IAS 19 pension surplus compares to a deficit of £211.8m at 4 April 2015.

Jefferies analyst Martin Deboo said the results signified Premier “putting down a marker of their confidence in an independent future”.

He added: “With EBITDA ex central costs ahead 3%, we think we see signs of a hitherto-elusive virtuous circle of top line & bottom line growth emerging, with further efficiency gains promised in 2017. The key is now to sustain this momentum through to the next refi ‘event horizon’ in 2020.”

Shore Capital’s Clive Black also reflected on the positive progress Premier Foods has made, noting: “Gavin Darby & Co., inherited a really tough set of cards. To be fair to him and his colleagues, the deck is now in better shape, as a result of determined strategic action within a very constrained ‎context through SKU rationalisation, selective capital expenditure and equally selective marketing investment”

However, he cautioned: “We continue to believe that it will take a little time still for the dust to settle on the corporate machinations outlined above… Premier has to show that it is on-track to deliver a stronger trading performance on a sustained basis, so contributing a little more rapidly to still necessary de-leveraging.”

The shares had peaked at 62p in late March when McCormick upped its indicative offer to 65p per share before it withdrew from the process.