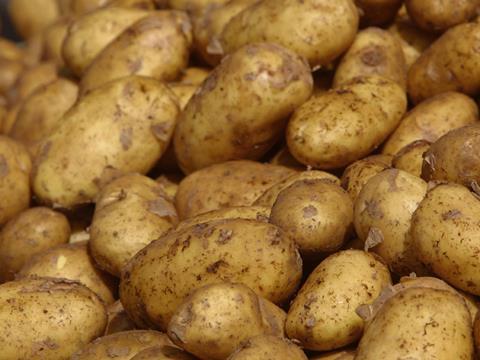 A number of “significant and challenging events”, including an unsuccessful brassicas joint venture, contributed to a near £7m loss by grower Produce World during the 18 months to 23 December 2016.

Produce World announced it was entering a joint venture with Lincolnshire Field Products to grow brassicas in the autumn of 2014. However, the tie-up struggled, with “forecast synergies” failing to materialise, and the grower sold its share to LFP in June 2016.

Exiting the joint venture was described as “costly” in terms of financial outlay and management time, while the business also faced challenges in its potatoes and root veg businesses.

Profit was affected by high potato prices on several potato crops due to poor yields and higher demand - which the grower was “unable to pass on to our customers”.

Meanwhile, the roots category also faced difficulties, as Produce World worked to integrate the recently acquired Fenmarc business, while also contesting with a fall in yields caused by a willow aphid infestation.

This, along with weakened pricing in the supermarkets, saw Produce World’s margin fall from 18.3% in the previous accounting period to 15.1%.

However, the grower would return to profitability in 2017, said chairman William Burgess, with EBITDA expected to top £7m for the financial year after “decisive action” in restructuring the business. Management and key functions now operated at site level, reflecting the needs of each site and category, while the Burgess family had also returned to the day-to-day management of the business.

Costs had also been substantially reduced in all areas across the business, Burgess added, while there had been considerable investment in automation, particularly at Produce World’s Isleham site - which was now one of the most modern facilities in the UK for processing and packaging root veg.

“This investment has increased efficiency and improved productivity, and will help to future-proof the business against issues such as reduced labour availability and the effects of the living wage,” he said.

“We also believe that the restructuring of the company into discrete business units has already made us more responsive to changes in the marketplace, and to the needs of our customers.”

The business hoped to continue reducing its debt in 2017 through the ongoing disposal of surplus properties at Butterwick and Swinderby, plus other development opportunities.

“We are now a fit and lean business, focused on our core areas and ready to confront the challenges of this brutally competitive marketplace,” Burgess said.