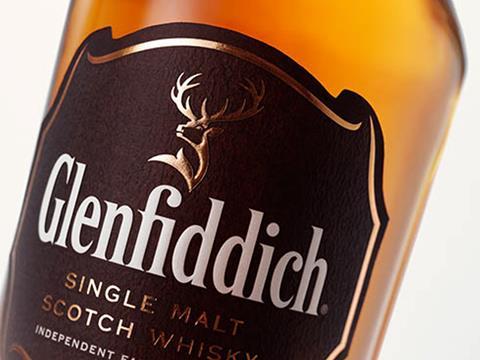 Sales and profits have leapt at William Grant & Sons as the Scottish spirits giant thanks to “significant” currency tailwinds in the wake of the weak pound.

The Speyside producer said that aside from the foreign exchange gains, increased volumes drove sales growth as the core Glenfiddich, The Balvenie and Hendrick’s Gin brands all put in a “favourable performance” in 2016.

“Our growth continues to be driven by our talented team’s passion for building brands the right way for the long term,” CEO Simon Hunt said.

“The consistent investment in our brands, in markets and in future proofing our operational infrastructure, provides a solid platform to continue our growth.”

The release of new high-profile expressions of Glenfiddich, such as the Experimental Series launching last year, fuelled strong growth at the single malt brand in 2016 by attracting the next generation of premium whisky drinkers, the group added. The new range included a single malt finished in IPA craft beer casks.