Coupe and Burnley take a battering – but will the CMA take notice? 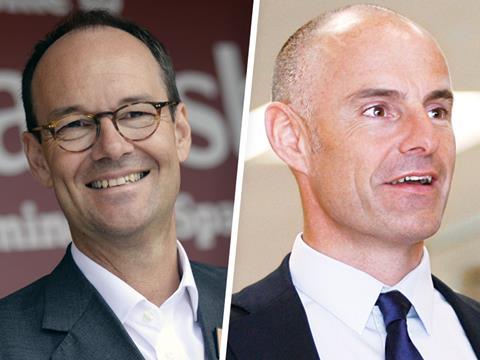 It’s possible not all suppliers will share the sentiment, but it was hard not to feel sorry for Asda boss Roger Burnley and his counterpart at Sainsbury’s, Mike Coupe, today. The pair suffered the mother of all grillings at the hands of MPs on the Environment, Food and Rural Affairs Committee over their companies’ controversial merger plans.

Burnley, in particular, must have felt like he had gone 15 rounds with Anthony Joshua by the time he left Westminster today.

The Asda boss looked visibly shaken as he was torn into by MPs, particularly committee chairman Neil Parish. It’s a safe bet the MP for Tiverton doesn’t do much of his shopping at Asda, given the venom that came Burnley’s way.

“Come on, get real,” he said at one point. “We’re not children. You can’t just come in here and give us a little nursery rhyme. Let’s have some sense out of you, if not the truth.”

As for Coupe, the Sainsbury’s boss fared a bit better, deciding clearly on a slightly more confrontational approach – unlike Burnley, who hardly got a word in edgeways and took all the hits on the chin. But even so there will have been no crooning in the cab on the way back to Holborn.

The retail chiefs may have been accused of coming to the committee with “Mickey Mouse figures”, but it will be fascinating to see how serious the repercussions of today’s hearing are, given the clear hostility on both sides of the house to the merger.

Certainly both bosses were less than convincing in their arguments that there was a mood of “cautious optimism” among suppliers to the deal. Parish preferred to use the word “terrified” to sum up the thoughts going through suppliers’ minds.

They repeatedly told MPs they were unable to elaborate on how they would follow up on their well-flagged plan to slash the prices of everyday goods by 10%, because the two companies were not allowed to share such sensitive information between themselves. This didn’t wash with Parish and co.

MPs also clearly believe it is not just the big guys like Nestlé or Weetabix – the company Coupe took to task for its inflated margins today – that stand to lose out if the competition authorities give the merger the go-ahead.

It may be that Sainsbury’s and Asda need to think again about the way they try to sell the deal. Perhaps they could make more effort to convince suppliers about the benefits to be had, rather than the need for them to drop their prices.

More work also needs to be done on the message about how they will safeguard British suppliers as part of the deal, with MPs in no mood to see British farmers and producers suffer at the hands of a game-changing retail merger, against the backdrop of Brexit.

But will the CMA have the same concerns? The committee focused on the threat to suppliers today, as opposed to fears over store closures or consumer prices.

But when the authority finally gets round to launching its official probe into the deal, surely it will be the question of the impact on consumers and the cost of shopping baskets at the checkout that comes to the fore. This, as well as the considerable appetite in the City for the deal, is where Coupe and Burnley will hope to pick themselves up off the canvas to win the really key fights ahead.