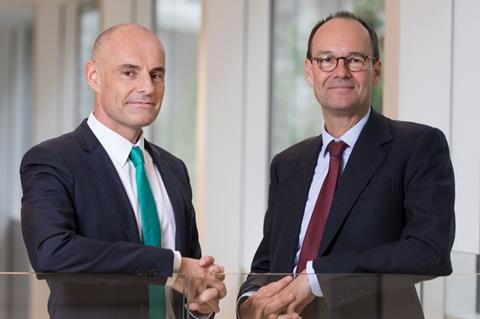 Sainsbury’s and Asda always had a tough road to travel in putting their case for merger clearance to the CMA, but the scale of the CMA’s adverse findings on the merger are truly epic.

Even if Sainsbury’s and Asda convince the CMA to soften some of its conclusions in its final report, and even if they challenge the CMA in court, it is near impossible to see any other outcome than a prohibition of their merger.

Sainsbury’s and Asda’s best hope for a clearance, with a limited number of store sales, rested on the CMA focusing on local markets, ignoring national effects and online retailing, and giving greater weight to the competitive threat posed by Aldi and Lidl.

The CMA, however, did none of this.

On national effects, the CMA found that the extent of the overlap between Sainsbury’s and Asda stores, with about 80% of stores at each retailer facing direct competition from the other, meant that its analysis could not be limited to a smaller number of local markets. Moreover, its survey of 20,000 shoppers and its review of the retailers’ internal documents both showed that the big four are much closer competitors to each other than other retailers.

In online retailing, which Sainsbury’s and Asda had made their best effort to gloss over, the CMA identified a large number of local areas where shoppers can in effect only choose between Sainsbury’s, Asda and Tesco. The CMA put the boot in with an unusual tacit co-ordination finding too. With only Tesco to compete with in most areas, the CMA worried that the two remaining competitors would find it too easy to go soft on one another, raising delivery prices, minimum basket sizes and extending delivery slot lengths without triggering a competitive response.

More from Andrew Taylor: Is the CMA easing up on food and drink mergers?

In local markets, the CMA adopted the very methodology that Sainsbury’s and Asda lobbied so hard for – the weighted share of shops approach. The retailers believed that this would give much greater weight to Aldi, Lidl and other smaller stores in the CMA’s assessment, and offset concerns about their own local market position. While the details of the CMA’s approach are still to be published, this clearly did not happen.

The CMA’s consumer survey seems to point to shoppers using Aldi and Lidl for a separate set of products (even this set is increasingly large) from those that they shop for at Sainsbury’s, Asda, Tesco and Morrisons. The limited range of branded products at Aldi and Lidl no doubt plays a big part in this picture.

In discussing whether Sainsbury’s and Asda can satisfy the CMA with a sufficient number of store divestitures, the CMA has been about as emphatic as I ever seen it, while still trying to say that it has a degree of open-mindedness.

Nothing short of Carrefour entering the UK, ditching its alliance with Tesco, buying 80% of the Asda portfolio, and operating under the Asda brand (and leaving Sainsbury’s with a tiny rump purchase of Asda) would seem to have a hope of satisfying the CMA.

Even then, I still think we would be headed for prohibition.