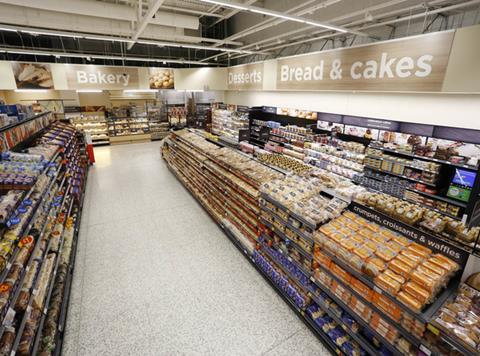 Morrisons “explained that the proposed merger could have an impact on the merging parties’ incentive to innovate, in particular, in own-brand products”

Morrisons has claimed Sainsbury’s customers would suffer a reduction in the quality of its own-label products if the competition authorities allow the supermarket’s merger with Asda.

Morrisons, which many experts have suggested could be the supermarket facing the biggest squeeze from the merger, said it would not just be cheaper prices that Sainsbury’s had to offer but also lower quality.

The retailer also admitted it would be in the firing line if the merger goes ahead, claiming suppliers would demand it paid higher prices to make up for the impact of Asda and Sainsbury’s huge increased buying power.

Morrisons’ attack on the plans emerged in a summary of hearings held with the Competition & Markets Authority (CMA), published this week, as part of the authority’s probe into the merger which has seen a raft of rival supermarkets line up to try to kill the deal.

Morrisons “explained that the proposed merger could have an impact on the merging parties’ incentive to innovate, in particular, in own-brand products”, said the CMA.

“Morrisons said that some of the synergies that the merging parties expect to achieve would be dependent on harmonisation of their own brands, and this would have an impact on customers, as the quality of the merging parties’ own-brand products differs.”

It was also told Morrisons feared it would face the knock-on impact from suppliers facing demands for price cuts from the merged partners if the deal went ahead.

“Morrisons said that, to the extent that the merging parties are able to drive purchase prices down and squeeze suppliers further, those suppliers are likely to react and seek to recover the loss in profitability through other means, for example through their own raw material suppliers, price increases on other products/to other retailers, or by exiting the market, which could affect the future relationship that Morrisons has with those suppliers.”

The CMA also published details of verbal evidence from Tesco, which it said had called for a major disposal of stores if the merger was to be allowed.

“Tesco said that the proposed merger is a “four-to-three” deal that would not be approved without extensive remedies under existing precedent,” said the authority.

“Tesco said that the proposed merger is a challenge in terms of economics, as there are few direct customer benefits,” it added. “It noted that Sainsbury’s and Asda are not proposing to make any big operating cost savings, as they are going to keep the brands and the propositions separate. Tesco said that nearly all of the announced efficiencies rely on harmonising costs and prices from suppliers and that this is a big ask when the merging parties do not appear to be able to offer suppliers very much in return.”

Meanwhile the CMA heard further anonymous evidence from suppliers warning about what they said would be the impact on innovation if Sainsbury’s and Asda drive down supplier costs.

The CMA said one company claimed that “in addition to demanding extra payments from suppliers without any consideration in return, they expected the merging parties to rationalise ranges across the two retailers’ estates and this would also lead to a reduction in customer choice”.

Working in own-label? We’ve just introduced The Grocer Own-Label Accreditation Scheme. Under this new scheme all the products we review can apply for accreditation at any time, through a programme of continuous consumer testing and approval developed to help retailers and suppliers promote the best own-label products. Find out more here.