Sainsbury's and Asda merger: will we be living well for less? 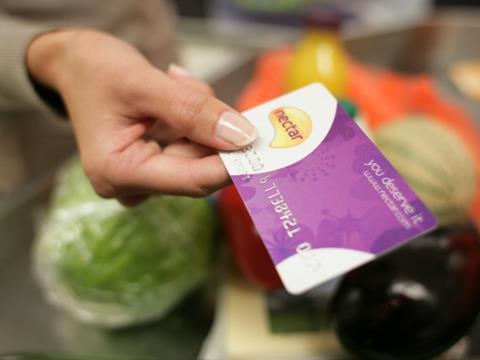 Live well for less. At least, that’s the line that Sainsbury’s and Asda are selling us as the fall out of their mega-merger. Sainsbury’s CEO Mike Coupe insisted on Monday prices could be cut by around 10%, as a result of the group’s combined buying powers.

As Coupe took the City through the deal, he referenced the need for an edge in a fiercely competitive market, citing the growth of discounters Aldi and Lidl as well as B&M. However, the supermarkets still won’t be able to compete with the discounters on pricing with this 10% drop — Aldi and Lidl have a unique operating model, with a limited assortment and brutal efficiency, that can’t be replicated by a standard supermarket. Asda can be beaten on price.

Read more: Sainsbury’s-Asda mega merger - what we know and what it means

Instead, both retailers must focus on the added value their partnership can offer to shoppers, beyond price points. The race to the bottom is never pretty. And a race to the bottom it may be, as Tesco’s increased buying power from its Booker tie-up offers wiggle room on pricing. No one wants to see a repeat of 2014’s Lidl anxiety-induced supermarket price wars.

There is clear recognition of the buying power offered by non-food items, which competitors don’t stand up to. Asda has its George brand, which includes homeware and clothing, and Sainsbury’s has Tu, Argos and Habitat. Sainsbury’s has 191 Argos concessions and several Habitat concessions. Tesco’s strategy on the other hand, is to work with other brands – such as Arcadia Group and Holland & Barrett – to open concessions, with 49 opening in 2017.

Together, Sainsbury’s and Asda can create added convenience for shoppers by introducing Argos outlets to Asda stores and cross-selling ranges across both retailers.

Sainsbury’s £60m acquisition of Nectar in February – which has since seen it test a new digitally-led and app-based mechanism – could offer powerful data and a draw for shoppers. Our research has shown shoppers perceive Asda as one of the worst supermarkets for rewarding loyalty (followed only by Lidl and Aldi). Sainsbury’s on the other hand was seen as the best. It’s this ability to offer a meaningful ‘thank you’ for loyalty, across both supermarkets, that has the potential to coax shoppers across the road.

Technology is also cited as a key benefit of the deal. Walmart has rolled out a suite of technology for its shoppers in recent years, ranging from fast-track same-day delivery to reserving items for click and collect. One of the reasons Sainsbury’s bought Argos is because of its expertise in ecommerce and fulfilment, so Walmart will certainly be interested in best practice learnings from them.

Both of these grocers have been suffering in recent years, with the discounters’ increase in popularity and Tesco and Morrisons resurging. But, as Asda and Sainsbury’s look to counter pressure from cheaper competition, they must focus on what sets them apart, not just the race to the bottom.