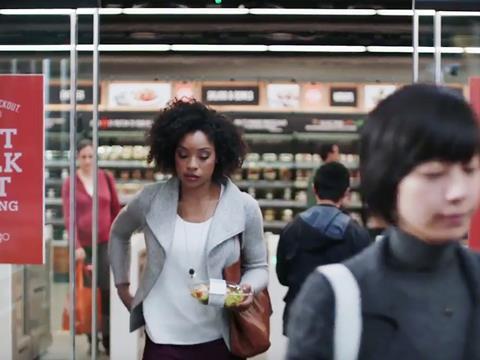 Amazon has been a huge catalyst for change in grocery retail, including through innovations such as Amazon Go stores

’The Amazon Effect’ is one of the most widely used phrases in retail today. High street shops closing? It’s the Amazon Effect. Retailers investing online? The Amazon Effect. Acquisitions, CVAs, redundancies… These days, we can find a way to link, however tenuously, most retail developments to the Seattle-based behemoth.

And for good reason. Amazon continues to spread its tentacles, diversify ing into new categories and even sectors. It has its sights set on food and fashion, but also entertainment, shipping, healthcare and banking. It doesn’t just go after share of wallet. It goes after share of life.

More opinion: Bryan Roberts of tcc global asks ’Will we be living well for less?’

This is why the Sainsbury’s-Asda merger is happening now. It’s a pre-emptive move against Amazon. It’s about generating scale and ultimately ensuring survival before Amazon gets serious about UK grocery. Today, despite the acquisition of Whole Foods Market and supply agreements with Morrisons and Booths, Amazon still isn’t a food destination. The infrastructure is in place, but it lacks a compelling range. That will change. It will differentiate in grocery just as it does in non-food: through product choice and convenience. Despite its negligible share of the UK grocery market, Amazon has already been a phenomenal catalyst for change in areas like delivery speed, voice technology and checkout. Its relentless dissatisfaction with the status quo is leading supermarkets to raise their game, all to the benefit of the consumer.

More opinion: Warren Ackerman of SocGen unpicks the impact of the Sainsbury’s-Asda merger on suppliers

Amazon will revolutionise the way we shop for groceries. Within the next five years, it will have acquired a UK retailer (we can now rule out two) and considerably enhanced the in-store experience. I believe entire product categories will be removed as Amazon looks to make auto-replenishment a reality. If shoppers run out of bleach or toilet paper, they can press a Dash button or ask Alexa. In the future, this will go even further by being automatically replenished. This will test brand loyalty in a way we’ve never seen before, while also freeing up space to focus on what can’t be done online – fresh food halls, cookery classes, cafés and restaurants. The experience will be highly personalised and utterly frictionless.

The move into grocery is of huge strategic importance to Amazon. If it can convince UK shoppers it’s a credible alternative to the supermarkets, it will have cleared the final hurdle to becoming the ‘everything store’. Capturing that high frequency purchase makes it easier to cross-sell and bait shoppers into its ecosystem. And that is when things get ugly, not just for the supermarkets but all of retail: Amazon shoppers tend to be loyal, lifelong customers.

Read more: Sainsbury’s-Asda mega merger - what we know and what it means

Joining forces won’t help Sainsbury’s and Asda solve the Amazon problem overnight, but it will certainly lead to better terms with suppliers and consequently lower prices for customers. Also, not to be overlooked in this deal is Argos. An unexpected gem, Argos, can now deliver to 90% of the UK population in just four hours. Argos concessions will be rolled out across Asda stores, and possibly internationally through Walmart, giving the retailer an edge over supermarket rivals and more importantly an answer to the mighty Amazon.

Natalie Berg is the founder of NBK Retail