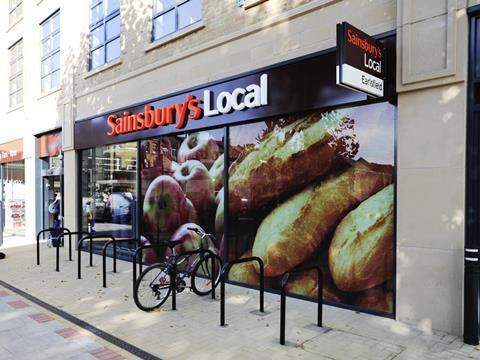 Sainsbury’s has ripped up the blueprint when it comes to ranging for its convenience stores.

Sainsbury’s director of commercial operations Graham Biggart told the IGD Convenience Retailing Summit in London, that its c-store strategy had dramatically shifted over the past two years from rapid store expansion to driving more sales through its existing estate. This was part of a wider convenience transformation programme.

To do this Sainsbury’s was ditching the ‘one size fits all’ approach to ranging in favour of tailored offerings to suit local demographics and customer needs.

In 2016 63% of the range in Sainsbury’s Local was shared across the entire estate while on average only 37% of stock was unique to individual stores. Biggart said these figures had now completely turned around and the proportion of shared range across its 815 c-stores was just 38%, with stores taking an average of 62% of stock that was uniquely tailored on an individual store basis.

“The blueprint is now dead in Sainsbury’s Local,” said Biggart. “Our plan is now about getting more out of our existing shops.”

The key elements of the convenience transformation programme focused on pricing and ensuring Sainsbury’s offered value “where it really matters” and in having local ranges that met local needs.

There was no longer such a thing as convenience assortment and stores could choose from all 54,000 SKUs within the Sainsbury’s range.

“There are loads of like-for-likes to go after as we continue to deaverage our stores,” he added.

Biggart also said it was looking to take learning from the changes in its c-stores into its forecourt operations which he admitted was an area that “hadn’t been looked at ranging-wise for quite some time”.