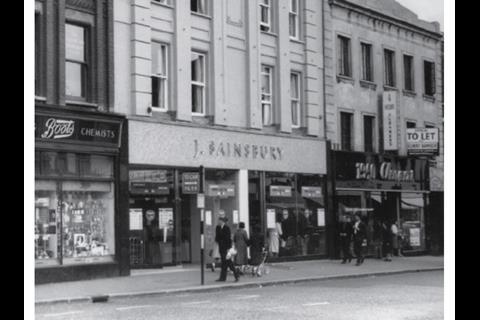 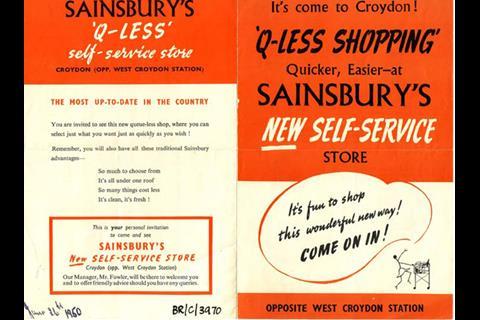 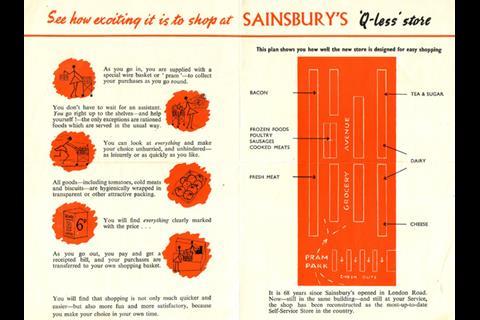 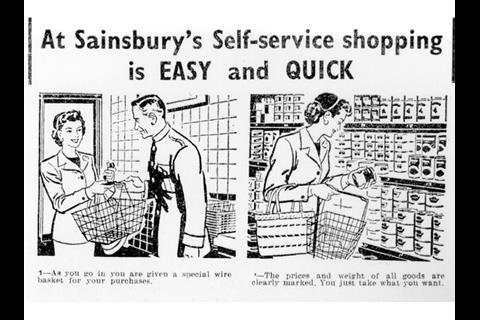 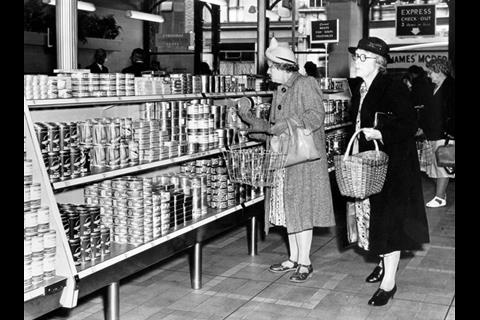 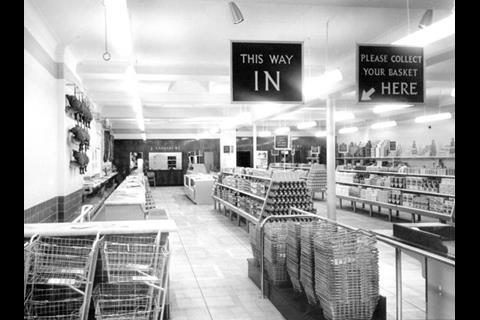 Inside the spotless interior of the Croydon store, which over the years incorporated innovations such as flourescent lighting 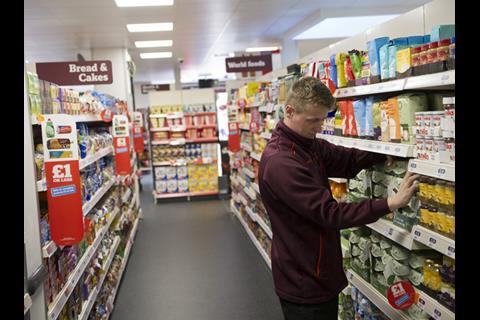 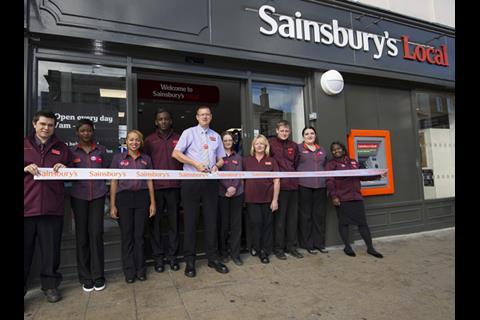 On 8 July 1950, The Grocer ran a news story on the first Sainsbury’s self-service supermarket.

The store, at 9-11 London Road, Croydon, was “on the lines of the American supermarket”, we reported.

“The entrance vestibule is attractive with floral decorations and embodies a pram park. The finishings of floor, walls and fittings are in pleasantly harmonised colours. Hygiene has obviously been considered as being of paramount importance,” The Grocer said back then.

Nineteen years later, according to Sainsbury’s present-day director of convenience Simon Twigger, “supermarkets were getting bigger so it was not big enough to offer the right range for shoppers” - and so Sainsbury’s closed the store.

However, after donning a number of guises, including most recently a JD Wetherspoons pub, the store has gone back to its roots today by reopening once again as a Sainsbury’s.

The 3,000 sq ft Sainsbury’s Local is the retailer’s 560th c-store. It has created 30 jobs, all from within five miles of the store, with 10 coming through Remploy.

There’s not much to differentiate it from other Sainsbury’s Locals; according to Twigger, the store will act as a “hybrid”, catering for both top-up shops for locals, but also majoring on food on the move for commuters and office workers.

It’s the history of the store that makes its reopening so compelling.

The store first opened in 1882. It was the first Sainsbury’s to open outside central London and acted as a model store for other Sainsbury’s to follow.

It was the first to introduce easily cleaned tiling – something Sainsbury’s stores later became famous for – to make sure the premises were kept as clean as possible.

The firsts kept on coming, including fluorescent lighting, chillers, and Perspex – a material that had previously only been used to make cockpit covers for aircraft.

In 1950, it was relaunched as the first self-service Sainsbury’s. This move attracted widespread interest from the media - not just The Grocer.

Read The Grocer’s report of the store’s opening in 1950.

Home Notes, for example, wrote: “As we went in, we collected a basket and wandered around, leisurely choosing a tin of fruit here, a packet of biscuits there, a meat pie from one of the refrigerated containers, until our basket was full. There was no queuing, no need to ask ‘What do you have in stock?’ for it was all there to see.”

However, not all customers took to the idea, with one shopper being so annoyed at being asked to select her own shopping she reportedly threw her basket in the face of the then joint MD Alan Sainsbury.

Even after its closure, the store acted as a trailblazer. It temporarily reopened between February and November 1970 as a training store to help shoppers get to grips with decimalisation, which was introduced in 1971. As many as 30,000 members of the public visited the store while it was open.

As far as Twigger knows, the store is the only one that Sainsbury’s has returned to. The closest it has got before today is on Mare Street in Hackney. It used to have a shop at number 392 in 1929. Now, it has stores at numbers 27-31 and 279.

On the Croydon store, Twigger says: “I think it is a great example of how retailing is reinvesting back to the future and the high streets. With the advent of shopping locally, now is the right time to revisit it. It’s a great location because there’s a lot of people in that area. We can cater for local residents as well as the people using its transport links – West Croydon station across the road and the Tramlink.”

He adds: “This site is a huge part of Sainsbury’s heritage and introduced to Britain a type of store that changed British retail forever. We are thrilled to be returning to our roots.”