Sainsbury’s takes fight over ‘values’ to TV in latest campaign 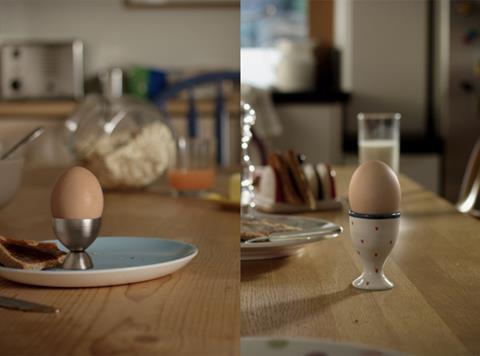 Sainsbury’s is taking its ‘Value of Values’ campaign to TV

Sainsbury’s is taking its ‘Value of Values’ campaign onto TV screens for the first time.

The campaign, which launched in July last year, will feature in TV ads that will break tonight during Coronation Street.

The first ad will explain how eggs in Sainsbury’s relaunched Basics range are the same price as Tesco’s Everyday Value eggs but are also sourced from non-caged hens. Other ads in the campaign, which runs until 18 March across TV, print and digital, will feature ham, fish fingers and tea from the Basics range.

“We know that at the start of the year, value is more important than ever, budgets are tight and our customers are looking for ways to save money, but nobody wants to compromise on the quality of their food,” said marketing director Sarah Warby.

“Our new campaign aims to reassure customers that when they buy Sainsbury’s Basics they don’t need to sacrifice their values, something that many of our major competitors aren’t able to say to shoppers who buy from their value ranges.”

Sainsbury’s launched ‘Value of Values’ in July last year after the Advertising Standards Authority threw out the retailer’s complaint that Tesco’s Price Promise scheme did not make fair own-label comparisons. In October, Sainsbury’s revealed it was taking the decision to a judicial review.