Sainsbury’s decision to enter the British Limited Assortment Discount (LAD) market came as quite a surprise. Credit to everyone involved for keeping the secret. We believe this is an astute move. 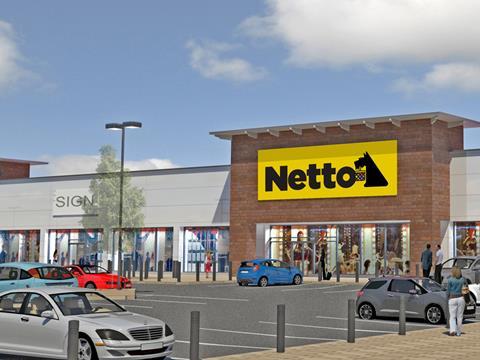 Sainsbury’s and Dansk Supermarkets, which owns and operates Netto outlets across Europe, including the tough German and Polish markets. The two groups intend to engage in a trial that sees the return the Netto brand to the UK, effectively bringing a new LAD to the market. Netto disappeared from the UK when its stores were acquired by Asda, which converted them, to good effect it has to be said, to supermarkets. With the dramatic rise of Aldi and Lidl in the UK in particular, quite what Asda thinks about Sainsbury’s bringing Netto back is an interesting question; with the rise of the LADS, would Asda now run hard discount in the acquired Netto outlets?

Dansk and Sainsbury’s have only announced a trial, so we should not go overboard with our assessment. However, for a number of reasons we see this as a potentially very astute and possibly good move. Why so? Well, of the big four superstore operators, Sainsbury’s is a little more higher category and differentiated in food than Asda, Morrisons and Tesco. It is always going to be a follower on price.

“Sainsbury’s can’t do downmarket. Remember ‘Value to Shout About’?”

The reason this is important is because we see particular risk in the Sainsbury’s brand jumping into discounting. Sainsbury’s customers will, more likely than not, be underwhelmed by a move downmarket. We back this assertion by reminding readers of the disastrous Value to Shout About campaign featuring John Cleese. By accessing Dansk’s expertise in discounting through Netto, we see a move that is complementary to Sainsbury’s rather than being a source of complexity and challenge. Should the trial prove successful then Sainsbury’s could have access to a whole series of postcodes where it is under-represented and unlikely to succeed with its core brand.

If the trial does not work -there will be challenges in making Netto compatible with Sainsbury’s core operation - then there is no great harm done as the group is not betting the balance sheet on the initiative. While the grocery market is particularly tough in the UK at the moment and Sainsbury’s is suffering from the change in household behaviour away from superstores, the group does at least have access to the channels gaining share: convenience, online and soon discount. Justin King’s parting shot is a good one.

Dr Clive Black is a director at Shore Capital Stockbrokers.