The FSA's acrylamide campaign is a shambles 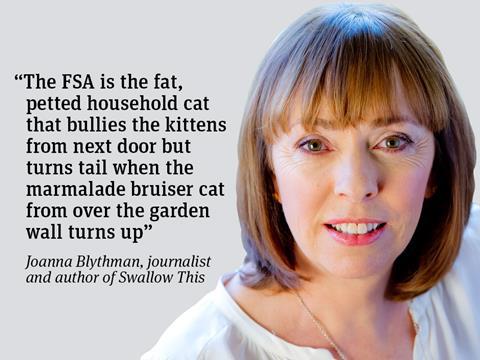 The FSA’s ‘go for gold’ campaign on acrylamide is an utter shambles. Earlier this week I heard Chris Evans mocking it on Radio 2. Is the FSA “a little bit hyper” he wondered? Does it have “too much energy”? Is it gripped by “stats fever”? The strength of reaction in the wider country was much more heated, revealing a nation that would willingly court the statistical possibility of dying seven minutes earlier, say, if that permitted a lifetime of amber roasties and well-browned toast.

This campaign is the last straw for citizens who have diligently tried to follow government food advice. Their confidence in the evidence base of FSA and NHS Choices dietary homilies is gone. We’re sick of lectures, all those finger-wagging dogmas that defy common sense.

Frankly, I’m pleased. The FSA has failed to deliver the hopes we had for it as a plucky defender of public health and safety. It’s now part of the problem, not a solution. Its mix of civil servants who lack background in real food, scientists with narrow academic obsessions who can’t or won’t see any bigger food picture, and a careerist caste of staff parachuted in from business or other quangos, has proven deadly.

Any ambition we ever had for the FSA to act independently of the food industry has turned to dust as it pursues its agenda of quasi self-regulation for major retailers and manufacturers while hounding small enterprises it deems to be “rogue operators”. The FSA reminds me of a fat, petted household cat that bullies the kittens from next door, but turns tail when the bruiser cat from over the garden wall turns up.

The real pity of the FSA’s ‘go for gold’ fiasco is that acrylamide does pose a real health risk, but as the HEATOX (Heat-generated food toxicants, identification, characterisation and risk minimisation) project concluded, the acrylamide we eat in home-cooked food is “relatively small when compared with industrially or restaurant-prepared foods”.

The FSA assures us “the processed food industry has changed its preparation methods to lower potential risk”. How does it know this when manufacturers don’t have to measure, let alone report, their acrylamide levels?

What a mess. And to add insult to injury, we are paying for it.