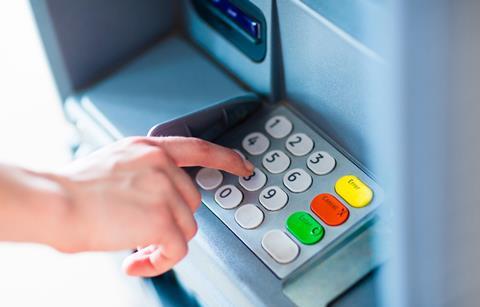 The chancellor will include new measures to tackle dwindling access to cash in this week’s Budget.

It emerged this weekend Rishi Sunak will introduce a number of measures to bolster the cash network and address falling numbers of ATMs.

These could include the introduction of a watchdog to ensure banks uphold their customers’ cash needs and implement a more effective system of moving cash around the country.

There is also speculation the government will look to empower retailers to offer cashback without purchase.

The chancellor’s plans come after several trade associations, including the Association of Convenience Stores and the British Retail Consortium, signed a letter last week urging Sunak to: reverse the cuts to interchange fees paid by banks to fund the ATM network; exempt free-to-use ATMs from business rates bills; and recognise that ATMs are the only infrastructure through which to guarantee national access to cash.

It is not clear as yet how much of this will be included in the Budget on Wednesday.

“The chancellor needs to act to ensure that cash continues to be widely accessible, especially for older and more isolated customers who rely on it most,” said ACS CEO James Lowman.

“Convenience stores play an important part in this agenda, both as acceptors of cash - the majority of transactions in stores are still paid for with cash - and as hosts of the ATM network that must be at the heart of any strategy to ensure widespread access to cash. The first action the chancellor needs to take is to reinstate the ATM interchange fees paid by banks to ATM operators to the level set by an independent cost analysis, something Link abandoned in 2018 with disastrous effects for the ATM network.”

Link CEO John Howells said: “Cash use is declining quicker than expected. Weekly ATM volumes are already 20% lower than last year and there’s a risk that the cash system could collapse within the next couple of years. This government support will provide stability and resilience to the cash infrastructure, allowing Link and the banks to continue supporting local communities. Though the UK is moving towards a digital economy, it is vital we protect free cash access as long as people need it.”

NoteMachine CEO Peter McNamara added: ”We very much hope that Rishi Sunak’s proposal meet this widespread and universal need. The problem was created by the anti-competitive LINK ATM pricing stance. Reversing this and enabling innovation for ATMs is the only way to meet consumer needs for cash.”

Consumer group Which? has estimated 9,500 cash machines have vanished from the high street over the past two years