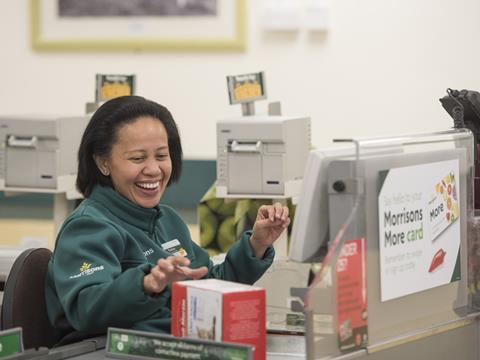 Morrisons’ sales-based ordering system is helping to reduce gaps in-store by up to 30%, the retailer has claimed.

The system was launched last summer and rolled out to all 491 stores in three waves. It covers all ambient, frozen and long-life fresh products, equating to about 26,000 SKUs. The retailer is trialling a further rollout to cover short-life fresh in 30 stores, which it expects to have installed across the estate later this year.

Morrisons has partnered with artificial intelligence and machine learning applications provider Blue Yonder to develop the system, which it said was now automating more than 13 million ordering ­decisions per day.

The technology automatically analyses sales data and other data sources from Morrisons and combines this with external data such as weather forecasts and public holidays. The system can predict the level of demand down to the individual product and store location. It then fully automates ordering per store and per product.

Morrisons operations director Stuart Smith told The Grocer the new system had reduced gaps in-store by up to 30%, with minimum improvements in terms of gap reduction of 18% to 20%. He also said it was having a tangible impact in reducing stock-holding, and there was more to come on this.

“You would argue the system has helped us catch up to rivals,” he said. “But actually I believe the quality of it will help us get in front.”

Blue Yonder chief revenue officer Markus Juhr-De Benedetti said the cloud-based system that was bolted on to Morrisons’ existing platforms was also being used by retailers in Germany such as Kaufland. “We are delighted to have supported Morrisons in improving their product availability.”