Osborne no longer in the mood to compromise over Sunday trading 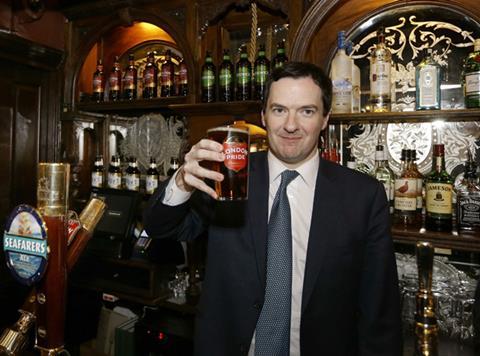 One of the constant themes of my time at The Grocer (which now stretches back more than a decade) is that every couple of years or so the issue of Sunday trading will rear its head, get kicked around like a political football and then get lost in the long grass again.

And so today it happened again, with George Osborne stunning the industry and igniting all the old arguments as it emerged that he was planning a consultation on whether to cede control of Sunday opening hours to either local authorities or elected mayors.

It is understood that the chancellor will set out the plan during tomorrow’s emergency Budget presentation, citing evidence that the special relaxation of the rules during and around the London Olympics in 2012 resulted in a significant sales uplift.

In reality, the results at the time were far more nuanced than simply a relaxation leading to extra sales. The move seemed to benefit fashion retailers in London’s West End more than anyone else, and may have had as much to do with the fine weather at the time and the feel good factor generated by the Olympic success.

The limited results of this experiment are, really, rather moot, as they have been in the public domain for two years now and have not resulted in any public clamour for change.

It would seem that the move has been burning away inside George Osborne for some time, and it’s understood that it was the Lib Dems in the previous coalition government who prevented the Conservatives pushing for relaxation during the last parliament. It is interesting, then, that - given its prominence in this Budget - the policy was not outlined in the party’s manifesto ahead of the last General Election.

Again this is also rather moot. For me the idea of devolution of this power is rather odd, and smacks of passing the buck. If the government feels strongly that it is time for a change, then it should have courage in its conviction and say so.

Previously, ex-Sainsbury’s CEO Justin King called the current rules a “great British compromise”. This description was apt at the time, when considering the grocers. The rules gave the big dominant supermarkets the vast majority of the week to duke it out and created a window of opportunity for hard-pressed small shop owners to boost their sales.

Most people were fairly happy with this, and particularly the aforementioned Sainsbury’s and Tesco with their large convenience estates, which gave them an edge over Asda, the main grocery supporter of deregulation, and Morrisons.

But times are moving quickly, particularly with regards to the growth of online shopping. This Sunday, if I choose, I can have a full order of groceries delivered to my door anytime between 9am and 11.30pm. So, how does this tally with that compromise? It doesn’t.

This divide will only become more pronounced as the lead times on online grocery orders continues to get shorter and shorter.

So the debate, from a business point of view, comes down to whether the government should continue to provide some sort of protection to small retailers, and this will say more about your political leanings than anything else – a similar agreement could be had as to whether London cabbies should have protection from entrepreneurial ventures like Uber.

Before the election the Conservatives and Labour fought tooth and nail over which was the real party for small business. This is a move that champions big business at the expense of smaller operators without a shadow of a doubt. It would seem that George is no longer in the mood to compromise.