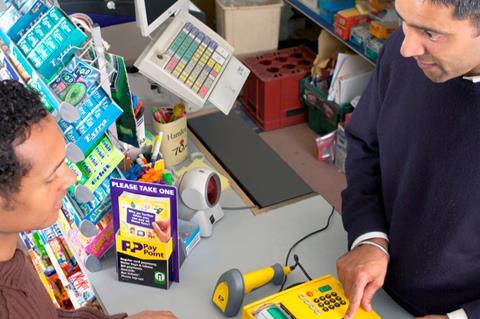 PayPoint says it has removed banking charges for 2,000 retailers over the past year and has no plan to convert any more of its existing free-withdrawal ATMs to fee-paying.

The payment system provider said it had used its Net Settlement Facility scheme to reduce banking charges or, for half of its 4,000 retailers, remove them altogether.

Retailers are able to recycle cash taken from customers who are paying bills and re-stock their self-fill ATMs with the notes. The more the store takes in bill payments, the further reduced its bank charges become, until they are removed altogether.

The initiative was saving retailers fees of up to 95p per £100 banked, PayPoint said.

PayPoint also said it did not plans to convert any more existing free-withdrawal ATMs to fee-paying. The announcement comes despite Note Machine and Cardtronics, two of the UK’s leading cash machine providers, last week warning of being forced to implement surcharges on thousands of ATMs in order to remain commercially viable.

PayPoint did not disclose how many cashpoints it had recently converted from free to fee-paying. It also did not make a commitment on new cashpoints, though a spokesman said “the majority they roll out are now free to use, due to customer demand and volumes”.

PayPoint chief commercial officer Lewis Alcraft said: “We remain fully committed to supporting both free-to-use and surcharge operating models in the UK convenience sector, and continue to work with our retailer partners to ensure the appropriate approach for their particular circumstance.

“PayPoint ATMs provide a valuable service in over 4,000 stores across the UK to thousands of customers and give our retail partners a great way of reducing the cash banking costs for their business.”