Sainsbury's Nectar trial: saying thank you in a meaningful way 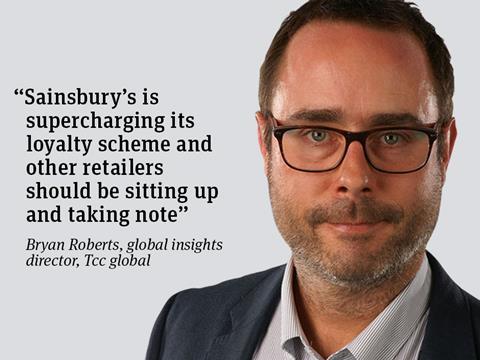 When Sky announced Sky VIP, its loyalty programme, in 2017 I felt ripples of admiration among loyalty professionals in the retail industry. Rather than trying to draw in new customers, the scheme rewards existing customers - and compels you to check the benefits before you think of leaving.

Sainsbury’s Nectar card trial works in a similar vein. The digitally led and app-based loyalty scheme being trialled in the Isle of Wight will shift rewards away from being based on value of spend, to frequency of shopping trips as well as the length of time shoppers have been Sainsbury’s customers.

The new app will select various bonus points offers based on what is frequently purchased, and the more you shop in Sainsbury’s the more generous the offers will become. It’s a refreshing move, and the way we expect to see loyalty schemes going: digitally led and personalised.

Done well, personalisation can be a strong driver of affinity and loyalty. Although an admirable idea, the downfall of Waitrose’s Pick Your Own Offers scheme was some shoppers’ problem remembering which products had been picked. By keeping everything in one app, Sainsbury’s customers won’t face the same issues.

This digitalisation is likely to improve the use of the loyalty card across different formats. Most grocers find they are mainly used for big weekly shops, while use in convenience stores drops off. With added incentives to earn more points on frequency of visit and reduced effort to use, it’s likely this strategy will help buck that trend and see more balanced use of the Nectar card across different occasions and channels.

Loyalty is harder to come by than ever. Today’s shoppers have easy access to at least 10 food stores and manifold online options. Lack of emotional loyalty to any given retailer means they are quick to jettison their main store if something cheaper or easier appears.

Sainsbury’s is supercharging its loyalty scheme and other retailers should be sitting up and taking note. Shoppers now want a genuine ‘thank you’ from the retailers to whom they give the most business.