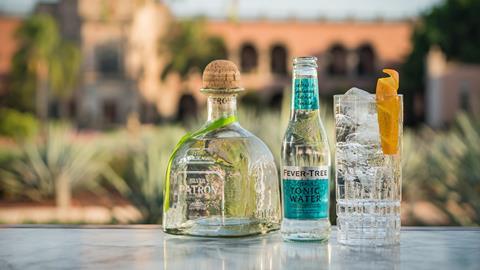 As Fever-Tree’s shares fall, is the City over-reacting?

Talk about a hangover. Former stock market darling Fever-Tree’s shares plunged to their lowest point since 2017 last week, when the posh mixer giant warned revenues for the 2019 financial year would be significantly lower than expected after a “subdued” Christmas. Ouch.

UK sales had dropped 1% to £134.m over the period, Fever-Tree revealed in its year-end trading update, though the brand had put in a strong performance abroad, with sales up 33% in the US, 16% in the EU and 32% in the rest of the world. Total revenue was up 9.7%.

Fever-Tree has blamed “the wider retail environment in the UK, with the mixer category not immune from the weak consumer confidence and corresponding slowdown in spending”.

Shares have slowly begun to edge upwards again, but investors are spooked. Hargreaves Lansdown equity analyst Nicholas Hyett says that though the brand has an “excellent” business model, its latest trading update makes for “ugly reading”.

“Falling sales in the UK will inevitably spark fears the gin boom has turned to bust.”

But is the situation really that bad or is the City over-reacting? And what’s changed for Fever-Tree?

Investment website The Motley Fool agrees the update can be seen as “reflective of the retail/consumer products sector as a whole, and is potentially the start of various other downgrades that we can expect from the wider industry”.

Not to mention 2019 had massively difficult comparables to face up from the year before, when the World Cup and scorching summer sent drinks sales skyrocketing.

And it’s important to remember that Fever-Tree is no longer a challenger brand. In the off-trade, it’s the market leader, with 38.8% share versus Schweppes’ 32.3% [IRI 52 w/e 31 December 2019]. So is it really surprising that it isn’t tearing up the rulebook any more - or delivering the kind of sky-high sales hikes of previous years?

“The market has caught up with them,” says brand & marketing specialist Mark McCulloch. “They were the only gig in town for years and had it really good. Now there are competitors all over the shop.”

Hospitality Inc MD Myles Doran says: “Where Fever-Tree has really excelled is the premium end of the market and premium mainstream, but there’s a lot of me-too operators and brands that are doing the same thing. Even the packaging looks the same.”

Still, smaller and posher brands account for just 4% of the market [IRI]. Whether the likes of London Essence or Merchant’s Heart pose a real threat is up for debate.

Crucially, Schweppes has upped the ante. When Fever-Tree came to prominence in the early part of the past decade, it had cost-engineered itself into a commodity trying to compete with own label. Now it has been refreshed, given a premium tier of ‘1783’ tonics, a new look, and boosted its distribution in the mults.

Schweppes, now revitalised, “has significant scale in the retailers,” says Kingsland Drinks marketing manager Nathan McGivern. CCEP “is going to leverage its other brands at a senior level to get the positions in store”, he adds.

But he argues Fever-Tree shouldn’t be worried. “They’re starting to plateau and the gin boom is coming to a conclusion but this is more about brand life stages. If anything the brand is stronger than ever.”

A key question is whether Fever-Tree can crack the notoriously tricky US market. Fever-Tree says it has completed “successful trials with key customers” but has revised its net revenue growth predictions for the US as it implements yet-to-be revealed initiatives to “unlock the wider potential of this very significant market”.

Hyett says this downgrade undermines “Fever-Tree’s long-term pitch that it can replicate its success across the pond”.

However, that gin has not captured the US as it has the UK gives Fever-Tree crucial first-mover advantage, says Doran. If it does, “I can see them stealing share and creating a category of perfect serve, which has already started in the big cities.

“If they get that right it could completely overshadow the UK.”

Perhaps it’s not time to write-off the treasures of the tonic world just yet, then.