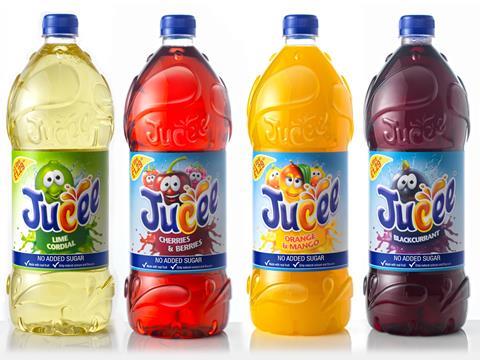 Jucee has made its whole squash range no added sugar.

Reformulated orange & mango and orange squashes, and a blackcurrant cordial, will replace the existing three drinks in the portfolio that contain added sugar. The range already includes six no added sugar variants.

The new Jucee variants will debut a new bottle design for the brand, which has also improved its orange, lemon & pineapple and blackcurrant squash recipes.