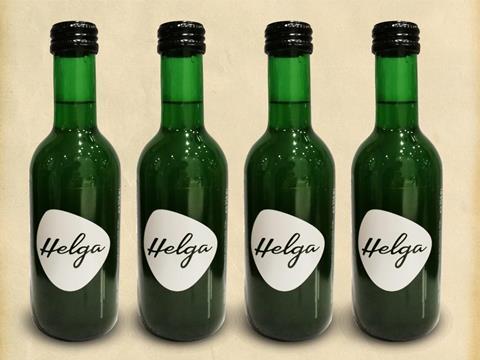 Anyone for a refreshing glass of algae? We’re not talking pond water here, but a “healthy, protein-based alternative to sugar-laden fizzy drinks” that’s close to being an elixir of youth, if the brand behind it is to be believed. Recently launched in Austria, Helga contains chlorella algae, which is claimed to contain more chlorophyll than any other foodstuff, helping with everything from the detoxification of carcinogens to the promotion of regular bowel movements.

It’s just one of 10 innovations from around the world that we’ve picked out in today’s 10 Things You Need To Know About… Soft Drinks report to show just how much the global soft drinks industry is changing. The tide is certainly changing fast in Britain. Fifty six per cent of Brits support the soft drinks sugar levy that George Osborne announced earlier this month, up from 45% who supported a sugar tax a year ago, according to an exclusive poll carried out for The Grocer.

Whether that means there’s an opportunity for a bowel-opening, carcinogen-fighting algae drink in Britain is another question. What the continuing souring of public opinion about sugar means for UK soft drinks manufacturers is that they need to adapt. And fast. In our new digital report we explore how they’re doing that – from reformulating with new refinements of stevia to huge marketing investments – and pose the question: can sugar ever be made into a virtue for a soft drink?