Alpro will source half of soybeans from Europe this year 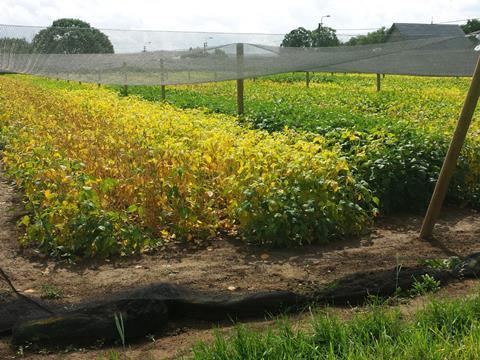 Alpro is “on track” to source half of its conventional soybeans and 85% of its organic beans from Europe by the end of 2016.

The majority will be sourced from France and Italy, although the dairy alternative brand recently launched growing trials in Northern Europe and aims to source 5,000 tonnes of Belgian and Dutch soybeans by 2020.

Alpro believes there is “a future for more European-produced soy, which currently accounts for just 0.5% of the world’s total supply, a spokeswoman said.

“Soyabeans are sensitive to frost and grow best in a warm Continental climate, but we believe and hope that it should be possible to develop appropriate soybean varieties for North-West Europe with early maturity lifecycle, in the same way as the cultivation of corn was developed in the second half of last century,” she said.

Alpro’s non-European soy is sourced primarily from Canada because there is a high availability of non-GMO food-grade beans, and they can be shipped via ocean and river, a relatively low-impact transport mode, she added.