Ban on Indian Ocean tuna ‘not the right approach’ despite overfishing 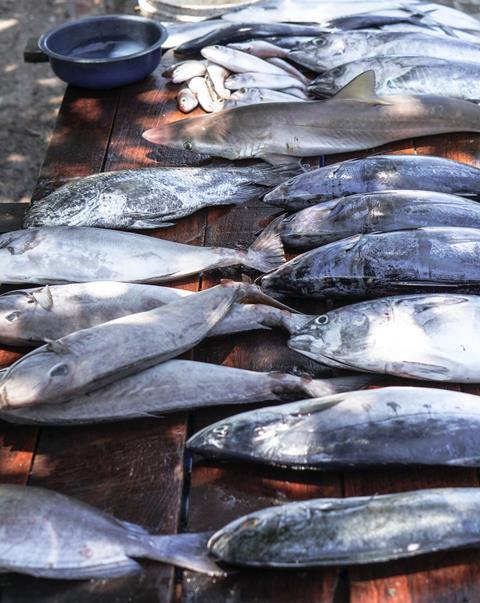 A 25% catch reduction will be necessary to rebuild the stock

Supermarkets have been urged to continue sourcing Indian Ocean yellowfin tuna or risk endangering the livelihoods and food security of local fishermen.

Tesco said earlier this month it would end all sourcing of yellowfin tuna from the Indian Ocean unless an effective recovery plan to end overfishing was in place by the end of the year, while Colruyt, a leading Belgian retailer, made a similar pledge last week.

Yellowfin tuna catch has increased almost seven-fold in the Indian Ocean over the past 40 years, according to data from the Indian Ocean Tuna Commission (IOTC), and the stock is now widely acknowledged to be overfished.

But Martin Purves, MD at the International Pole and Line Foundation, argued that although action is certainly needed, a blanket ban risks exacerbating the existing social and economic issues that trouble island nations such as the Maldives, Mauritius and the Seychelles by withdrawing much of their income.

He therefore urged retailers to be “more effective in targeting the culprits rather than saying everyone is bad and everyone needs to pay the cost of such a blanket call”.

“There’s a major role retailers can play in saying I need to stop sourcing from purse seine fisheries unless they do x, y and z. We haven’t really seen that type of measure coming from the supply chains,” he said.

Purves stressed he was not attacking any particular supermarket but wanting to encourage “a broader conversation about sustainable development”.

Much yellowfin tuna from the Indian Ocean is caught using purse seine nets, with Spain’s fleet alone accused of overfishing its quota by 12,295 tonnes in 2018 – the excess more than Japan and China’s catch combined.

But while pole and line fisheries may not be the key drivers of overfishing, Tom Pickerell, executive director of the Global Tuna Alliance (GTA), insisted “there is no yellowfin fishery in the Indian Ocean that is sustainable because the issue is the management of the entire stock”.

The GTA, an independent group of retailers and supply chain companies, said in August a 25% catch reduction on 2018 levels would be necessary in order to rebuild the stock.

“If every supermarket in the UK for example moved to the small scale fisheries, one it would put a lot of pressure on them as fisheries, but also the industrial fisheries would still be fished and we wouldn’t be using the leverage to change the management,” added Pickerell.