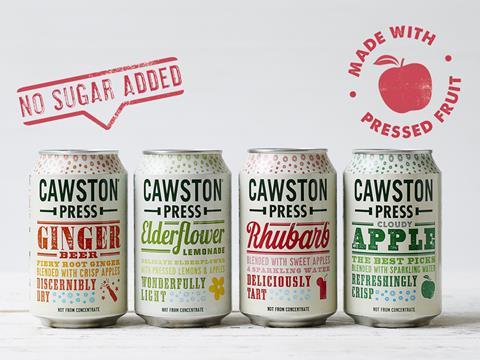 Failure by the government to reach a Brexit deal could force drinks brand Cawston Press to shift its production to the Continent, MD Steve Kearns has warned.

Although not in its immediate plans, the prospect was one of a number of scenarios the supplier was considering, Kearns said, in a bid to “make the best of whatever situation arises” from Brexit.

Cawston currently sources the vast majority of its apples from Germany, where it is pressed into juice. About two-thirds of the juice is then transported to the UK, where the drink is manufactured and packaged.

But given the 18% tariff that applies to pressed fruit juice under WTO rules, and the potential delays at Channel ports in the event of a no-deal Brexit, an increase in German production was a scenario it was considering “if the need arose”, Kearns said.

“When you use fresh produce and pressed apples like we do, you’re up against the volatility that comes with shelf life,” he added.

“The pressed juice from Germany has a five-day shelf life, and we use up three days in transit.”

Once the juice was manufactured into Cawston’s drinks range, there was less of concern, Kearns explained, as it had an 18-month shelf life. “It’s more about getting the raw ingredients in and on time, which is so crucial to us.” And while the business had also investigated sourcing apples from the UK on numerous occasions, that option was currently “not viable”, Kearns said.

Despite suggestions from some commentators that a no-deal Brexit could lead to an increase in supply of British fruit & veg, Kearns warned the British apple sector would be unable to cope with the extra demand in the short term.

“We’ve looked at UK sourcing, but we used more than seven million litres of juice last year (and plan to use even more this year). But there just isn’t enough pressed apple juice available in the UK for us to grow,” he said. “Most UK apples go into the fruit bowl, with anything else used for cider production, so there just isn’t enough we can find from a pressed use perspective.”

It could take up to six years to ramp up production, he added, and would require significant investment.

This story was updated on 5 February to reflect that fact Cawston Press was considering a switch to European production as ’one of a number’ of scenarios.