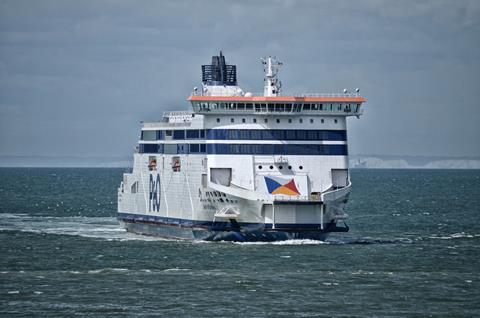 A wider EU-UK veterinary agreement would remove much of the difficulties faced by Great Britain-based food and agriculture producers sending goods to Northern Ireland, leading food sector experts have suggested.

Speaking ahead of an initial vote on Monday, in which MPs approved a bill that could later see the government scrapping parts of the Northern Ireland Protocol, National Beef Association CEO Neil Shand said a veterinary agreement would “solve a lot of the issues around movement of live animals from GB to NI”.

The bill passed its first House of Commons test, with the government winning a vote by 295 to 221 on Monday evening. It will be further debated and possibly amended in a likely lengthy parliamentary process over the coming weeks – before any protocol changes are implemented.

Part of the wider EU-UK post-Brexit Trade and Cooperation Agreement, the contentious protocol meant the region effectively stayed in the EU Single Market, setting it apart from the rest of the UK by mandating checks on some goods crossing the Irish Sea.

And since the government tabled enabling legislation to allow it to develop laws to override the protocol two weeks ago, the EU has responded with a threat of legal action over what it deemed the UK’s unilateral reneging on its treaty commitments, triggering fears of a trade war.

Shand’s suggestion to push for a veterinary deal followed similar calls from British seafood, dairy and meat exporters to the European continent in recent months.

They were echoed by Tory MP and Efra committee member Neil Hudson. He said last week he was “specifically pushing for a Veterinary and Sanitary and Phytosanitary (SPS) agreement between the UK and EU that would facilitate the trade of plant and animal products between GB and Northern Ireland and more widely between the UK and the EU”.

The UK is said to be seeking something along the lines of the relatively light-touch EU-New Zealand SPS arrangement, while Brussels in turn is said to be insisting any deal resemble what it has in place with Switzerland, which would mean the UK following EU rules.

A Northern Ireland ‘green lane’ isn’t perfect. But the current fudge is unsustainable

“From the meat industry perspective two things really matter: ease of movement of products from GB to NI, and maintaining regulatory alignment, in practice if not in name, with the EU”, said Richard Griffiths, CEO of the British Poultry Council.

Alongside the protocol bill, the government has suggested a solution that involves possible “green” and “red” channels for goods entering Northern Ireland from Great Britain and destined for either the local or EU markets respectively.

But for food businesses weighing up any possible amendments, there was not yet enough information on the proposals.

“What they [the government] announced is enabling legislation that doesn’t spell out what would be in place,” said Andrew Kuyk, director general of the Provision Trade Federation.

The red and green channels were an area the two sides could potentially come to terms on, suggested Michael Haverty, partner at agriculture consultancy The Andersons Centre, noting some similarities with EU proposals made last year. But he also stressed the EU and UK should negotiate “a bespoke [veterinary] agreement” and display “more flexibility” around what a deal could look like.

However, UK government suggestions the food sector could opt for either British or EU standards “amounts to a dilution of the Single Market, from the EU’s perspective”, he added.

And while there were “very real issues with the protocol”, which had complicated the dispatch of frozen food from Great Britain to Northern Ireland, the arrangement remained preferable to any wider UK-EU trade war or unilateral attempt at revision, suggested British Frozen Food Federation CEO Richard Harrow.

Rather than “playing political games”, it would be better for the two sides “to resolve on a negotiated basis”, Harrow said.

Writing in The Grocer last week, Cold Chain Federation CEO Shane Brennan said the protocol had been “half-implemented”, causing “uncertainty and disruption”. And while the green and red channels could be worthwhile alternatives, according to Brennan, the government’s approach to changing the protocol was too confrontational and included elements “provocative to the EU”.

But food sector businesses remained for the most part reluctant to discuss how the government’s latest protocol gambit could affect operations.

“The problem is we still don’t have any detail, it is very difficult to say how it would work,” Harrow added.

And this was reflected in a decision by the British Retail Consortium to decline to elaborate on an earlier statement it made after the government’s initial announcement of plans to change the protocol.

At the time the initial announcement, the BRC said “consumers in Northern Ireland need long-term stability based on an agreement which gives the EU the controls they need to ensure there is no leakage into the single market, and also ensures GB-NI trade is administered in a way which avoids unnecessary and unaffordable costs for retailers and their consumers in Northern Ireland”.

With the finer points of what the government ends up trying to implement awaiting a potentially arduous parliamentary process, as well as likely delays in the House of Lords, it comes as foreign secretary Liz Truss said on Monday that the government would host the first of several related “roundtable events” with businesses and business groups. Asda, John Lewis and Dairy Council Northern Ireland are among those slated to be involved on the first day.