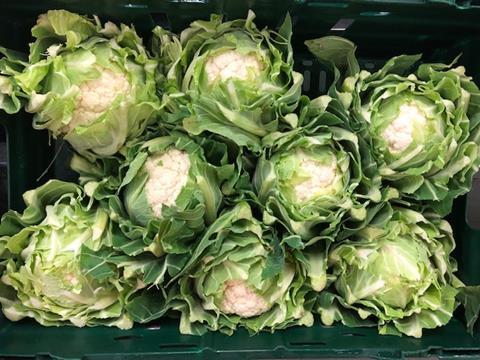 This year’s extreme weather conditions, including record June rainfall in key growing areas across Lincolnshire, are likely to lead to brassica shortages across the mults, growers have warned.

Cauliflower and sprouts, plus white and red cabbages, were all likely to be in short supply due to the effects of the weather, leading to a “very concerning” situation, said the British Growers Association.

It follows record rainfall, with as much as six inches of rain falling a week across the county during June. This resulted in flooded and damaged crops that led to a shortening of supply, the BGA added. Lincolnshire produces about 30% of all field-scale veg grown in the UK.

“Crops can withstand a reasonable amount of variation in weather but the conditions in June were too much. As a result, crops have suffered and this is leading to a shortage of supply,” the BGA warned.

It added the supply situation had been made “even more difficult” by extreme temperatures on the continent.

In an ordinary year, parts of Europe would make up any shortfall in the UK supply chain, but Europe has been experiencing its own weather extremes, including a record-breaking heatwave last month. Meanwhile, the situation had been further aggravated by a reduction of area being planted due to poor returns during the past few years.

Growers “only grow just enough for their customer programmes and when there are issues due to the weather this leaves shortages that cannot be filled”, it warned, adding there was “only so much technology that can be applied to producing food and the weather will always have the upper hand”.

It comes after a report published by The Climate Coalition and the Priestley International Centre for Climate in February warned that the malign effects of climate change could make conditions increasingly volatile for UK growers.

“There is a danger we take food production for granted and expect our supply chains to deliver irrespective of the conditions,” said BGA CEO Jack Ward. “Over the past two seasons we have seen extraordinary weather conditions and inevitably this influences supplies.”