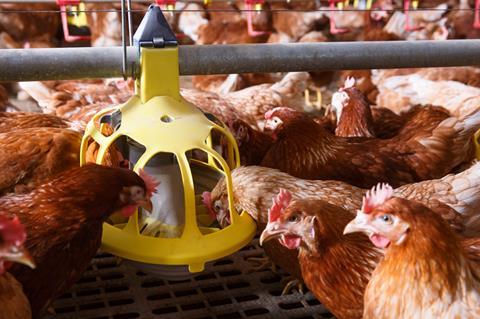 There has been real progress in animal welfare on several fronts, which need to be protected in the event of a no-deal Brexit

We are hurtling towards what looks like a no-deal Brexit. And following the disappointing news of the rejection of the amendment to the Agricultural Bill, which would have gone some way to protecting British farmers, we are now seriously facing the possibility of our shelves being stacked with inferior, cheaper, imported products.

But it’s more than that. The issue of food standards is not just about avoiding hormone-treated beef and chlorinated chicken – it is about supporting our British farmers, who have made great investments in higher welfare systems, good for animals and consumers alike.

Recent advances in farm animal welfare have been led by UK food companies and producers, who must not be undermined by unfair trade deals. There is real progress on several fronts that needs to be protected:

All these positive steps could be threatened if trade deals permit products to enter the UK that are produced to lower welfare standards. British farming will never win if it engages in a race to the bottom – someone will always undercut us on scale or price. The UK should be trying to ensure that its USP is as a global leader in animal welfare, where premium produce is the norm.

Many British farmers and producers already apply higher welfare standards to their rearing and slaughter practices and, encouraged by NGOs including Compassion, some UK retailers have already made positive statements in support of them, promising to uphold their own higher welfare and food safety standards post-Brexit to protect them.

However, we cannot yet advocate a blanket ‘British is best’ claim. The government must support those higher-welfare farmers post-Brexit, to ensure they don’t lose out to cheaper imports, but we must also continue to look at the science and learn from examples of best practice across the globe to ensure UK standards of welfare and food safety continue to evolve and remain world-leading. The government also needs to uphold its commitment to include animal sentience in UK law post-Brexit. Failure to do so will mean that from 1 January 2021, EU law recognising animals as sentient beings – capable of thinking and feeling – will no longer apply in the UK, so it’s essential the UK government acts now and introduces new legislation to continue to protect British animals.

Potential trade deals made with the US, therefore, need to be monitored carefully when it comes to food safety and animal welfare standards as there are huge differences between what is acceptable in the US and what is acceptable here.

The decisions being made now will be crucial if the UK is to retain its leading position on food and animal welfare standards, which is not only important for consumers who expect high standards and want to support British farmers, but for the millions of animals these standards protect.