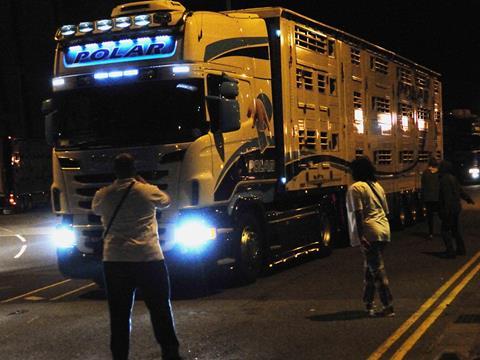 The Labour Party has announced proposals to ban the live export of animals for slaughter, and to introduce mandatory country of origin, method of production and slaughter labelling on meat as part of a major new policy document.

The 50-point draft document, titled Animal Welfare For The Many, Not The Few, was published today (14 February). It also pledges to enshrine animal sentience in law, introduce mandatory CCTV in all slaughterhouses and reinforces the party’s long-held ambition to bring an end to the government’s controversial badger cull.

Labour said it would also ban the export of live animals for fattening and introduce a total ban on foie gras imports, while its proposals to introduce mandatory meat labelling would cover both UK-produced and imported meat, and whether an animal was stunned or not.

The proposals, which will now go out to consultation, also include plans to introduce a comprehensive review of animal testing “with a view to improving practice, limiting animal suffering and increasing transparency”, and to design a post-Brexit farm subsidy system that supported a “move away from intensive factory farming and bad environmental practices”.

The document said Labour would look to appoint an animal welfare commissioner to ensure government policy across Whitehall was “continually informed by the latest scientific evidence on animal sentience”. The commissioner would ensure animal welfare standards were “always considered in new legislation” and were maintained in Britain’s involvement in international bodies and post-Brexit trade deals.

“Labour is the party of animal welfare. From bringing in the ban on fox hunting to tightening the rules on the transport of live animals, Labour has always been consistent in our leadership on matters of animal welfare,” said shadow environment secretary Sue Hayman.

“Today we’re making proposals for real, long-term progress. Our vision is one where no animal is made to suffer unnecessary pain and we continue to drive up standards and practice in line with the most recent advances and understanding.”

With new trade deals on the horizon and a post-Brexit UK no longer subject to EU-wide rules on animal welfare, Hayman added Labour wanted to ensure a comprehensive legislative agenda was in place in order for the UK to become a “world leader” on animal rights.

The proposals would “revolutionise conditions for British farm animals”, said Compassion in World Farming director of campaigns Emma Slawinski. “This could be the beginning of the end of cruel factory farming,” she added.

They were also welcomed by WWF head of campaigns Ben Stafford, who said: “The UK must lead from the front on the environment, and that means all parties having ambitious plans for a more sustainable future.”