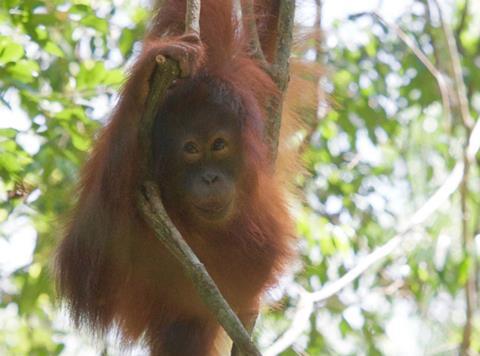 Mondelez has insisted it remains “committed to eradicating deforestation” in its palm oil supply chain after coming under fresh attack from campaign group Greenpeace.

The Cadbury and Oreo maker claimed it had taken “actionable steps” to ensure the palm oil it buys is produced on legally held land, does not lead to deforestation or loss of peat land, respects human rights and does not use forced or child labour.

This included “excluding 12 companies from our supply chain as a result of breaches” and asking its direct suppliers to “call on upstream suppliers to “map and monitor the plantations were oil is grown” to improve traceability.

It comes after Greenpeace on Tuesday (13 November) launched a report claiming Mondelez had previously sourced palm oil from groups responsible for destroying orangutan habitat in Indonesia.

An investigation by the campaign group last year claimed that between 2015 and 2017, 22 palm oil producer groups had destroyed over 70,000ha of rainforest in Southeast Asia, of which 25,000ha was forested orangutan habitat.

Its latest investigation, which cross-referenced these groups with supply chain information published by major fmcg brands, suggested Mondelez was sourcing from some of these groups at the time the deforestation took place.

Mondelez got much of this “dirty palm oil” from Wilmar International, the world’s biggest palm oil trader, Greenpeace claimed.

The campaign group acknowledged that “some of these producers may not currently be supplying Mondelez with palm oil”, but claimed Wilmar had previously sourced from 18 of the producer groups implicated in the September report, and continued to trade with “most” of them.

“Palm oil can be made without destroying forests, yet our investigation discovered that Mondelez suppliers are still trashing forests and wrecking orangutan habitat, pushing these beautiful and intelligent creatures to the brink of extinction.”

Mondelez said it would “continue to prioritize suppliers that meet our principles and exclude those that do not” and was calling on suppliers to “improve practices across their entire operations and to engage their third-party suppliers to ensure their palm oil production is 100% sustainable and traceable”.

At the end of 2017, 96% of its palm oil was traceable back to mill and 99% was from suppliers “with policies aligned to ours”, it claimed.

Wimar had not commented at the time of publication.