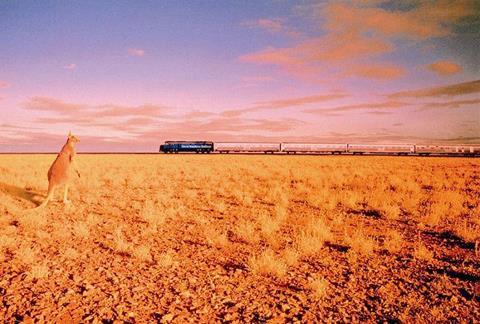 Parliament’s International Trade Commitee has said the government should hold off on ratifying the UK-Australia Free Trade Agreement and give MPs more time to scrutinise the deal.

In a report published ahead of its scheduled questioning on Wednesday of trade secretary Anne-Marie Trevelyan about the agreement, the committee repeated recent claims the government had snubbed parliament by not giving it enough time to assess the deal, despite earlier promising to do so in line with constitutional requirements.

After the report was published early on Wednesday, it was announced by the committee that Trevelyan pulled out of the hearing. Around the same time, Prime Minister Boris Johnson was meeting Australian counterpart Anthony Albanese on the sidelines of a NATO summit in Madrid, during which the FTA was discussed, according to a statement by the Prime Minister’s Office.

Before Trevelyan’s withdrawal from Wednesday’s hearing, the committee accused the government of showing ”great discourtesy to parliament” and said MPs should vote down the agreement unless they were given more time to debate the deal in mid-July and for the publication of a second related committee report.

With all international agreements, MPs “must have a reasonable opportunity to take evidence from the secretary of state and publish our report on an agreement before the statutory scrutiny process begins”, the committee stated. It added that the process must also include time to assess the government’s follow-up report on environmental, animal and health impacts.

Describing its requests for more time as ”not unreasonable”, the committee said it had been told of “various areas of concern” with the UK-Australia deal that it wanted to raise with the government.

A Department for International Trade spokeswoman responded to the committee’s claims by saying the government had ”made enhanced commitments to scrutiny and transparency at every stage of negotiation” including by ”already giving Parliament over six months to scrutinise the legal text, in addition to the 21-day period provided by us triggering the Constitutional Reform and Governance Act process.”

“We spent 18 months negotiating and signing an ambitious UK-Australia deal that will unlock £10.4 billion of additional trade and look forward to seeing it come into force so consumers and businesses across the UK can start enjoying the benefits”, the spokeswoman said.

Committee chair Angus Brendan MacNeil of the Scottish National Party said the government “consistently hindered” efforts to look into the agreement, which was one of two agreed last year after the implementation of the UK’s post-Brexit deal with the European Union.

The other FTA, with New Zealand, was criticised on similar grounds to the one with Australia, with British farmers’ organisations claiming it could expose them to lower-standards competition, though others, including levy board AHDB, said it was likely both would remain focused on relatively close markets in Asia.

The UK recently announced it would start FTA talks with six Persian Gulf states. Earlier in the year, similar announcements were made regarding Canada and Mexico, Last week the government said it would cut tariffs on imports, including those of food, from some Commonwealth member states.

This week the trade department said in a statement that a fourth round of FTA negotiations had concluded with India, resulting in a “detailed draft treaty text” being ”advanced across the majority of chapters”.

“Technical experts from both sides came together for discussions in 71 separate sessions covering 20 policy areas”, the department said. It declined to respond when asked by The Grocer what food and farm-related areas were included in the talks.