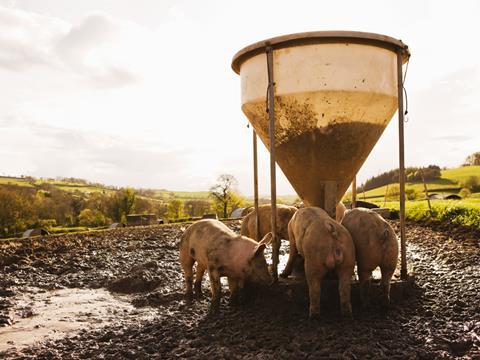 The farm assurance scheme launched the temporary assessments yesterday (27 April) in a bid to “continue safeguarding the welfare of both members and their animals during the Covid-19 outbreak”.

Farm members due an assessment during the current period of social distancing will begin receiving virtual assessments via live streaming platforms including Whatsapp, Google Meet and Google Hangouts, the scheme said.

RSPCA Assured suspended routine assessments on 23 March. Since then, it had been working with its certification body to develop the new temporary remote assessment protocols. They had already been trialled on a number of farms and had received positive feedback, it said.

The move follows an announcement by Red Tractor just under a fortnight ago that it would launch a new live-streaming farm audit system to give assessors “virtual eyes” on assessed farms.

RSPCA Assured’s virtual assessments would be similar to the standard physical on-site assessments its members were used to, said Mark Robertson, a senior assessor for the scheme.

But instead of being on farm in person, they would be on a live video link where they could see the farm, “virtually walk around it and direct the member to what they want to look at”.

The temporary introduction of remote assessments would reduce the need for RSPCA Assured to carry out follow-up visits in person when social distancing measures are lifted, the scheme said. However, in-person assessments would still be carried out on farms where incidents and/or complaints relating to animal welfare had been reported, or as part of any special measures agreed with a member.

“There are many challenges being faced by our members, and we appreciate their co-operation, patience and understanding during this difficult time,” said RSPCA Assured’s head of farming Joe Bailey.

“Their wellbeing, and the welfare of their animals, remain our priority and we are working hard to ensure we can continue to deliver farm assurance whilst supporting them.”