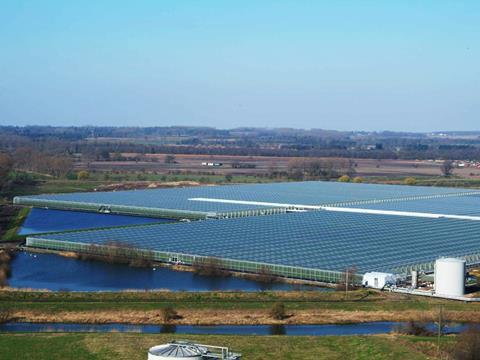 Cornerways, adjacent to the British Sugar refinery plant at Wissington, Norfolk, has the largest single tomato glasshouse in the UK, growing a mix of speciality tomato varieties across 18 hectares.

The deal will enable Thanet Earth, which has an existing tomato hectarage of 18 hectares split across two greenhouses, to “significantly inc­rease” the amount of UK-grown crop it can offer customers.

Thanet Earth has now completed four out of eight planned greenhouses at its Kent development, and supplies the mults with tomatoes, peppers and cucumbers.

Patrick Harte, general manager of Cornerways Nursery, said: “It is great for us to have a partnership with a forward-thinking partner with a similar set of ambitions and values.”