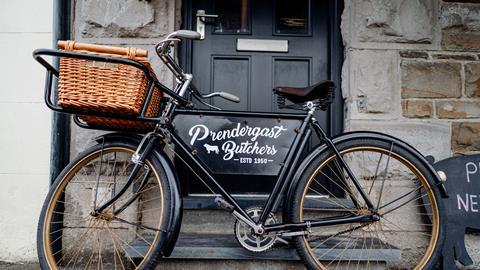 Butcher’s shops. Once a staple of the high street, they’ve become a rarer breed in modern times. But they aren’t extinct yet – with plenty of butchery businesses still thriving across the UK.

Priding themselves on local sourcing, sustainability and unbeatable quality, they are beloved by local communities and have played a big role in helping serve the nation through the pandemic.

So, to celebrate National Butchers’ Week (8-14 March 2021) we’ve rounded up some of Britain’s best butcher’s shops, which were all recognised in the Butcher’s Shop of the Year awards 2020 for their passion, excellence, and resilience. 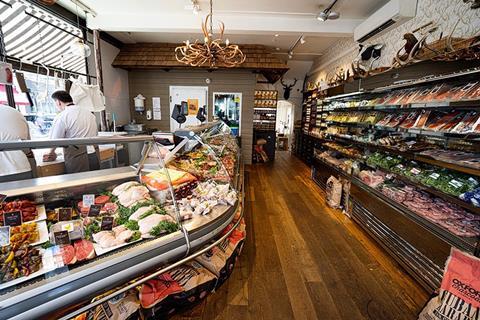 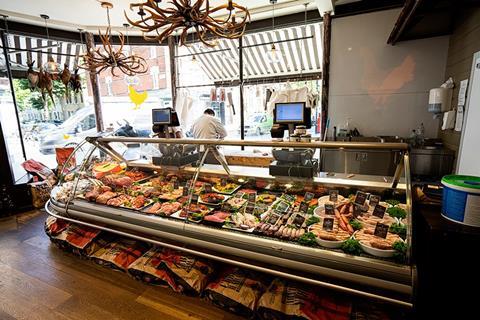 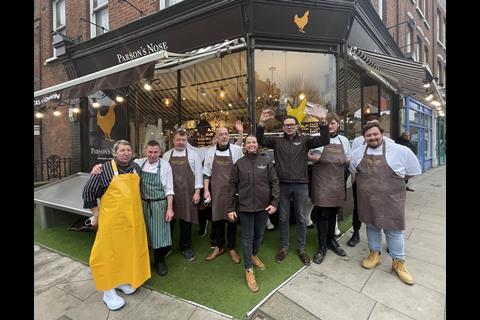 London-based butchery chain Parson’s Nose prides itself on its “passion for food, innovation and service”. First established in Fulham in 2007 with an ambition to “bring back” the traditional butcher’s shop, it has since opened two more shops, in Putney and South Kensington, as well as an online store.

The team at Parson’s Nose source the finest free-range meats to sell alongside artisanal products such as Alcubilla Cebo Iberian ham and Spicy Chimichurri, as well as classics such as old-fashioned hand-made British sausages.

They have also launched a number of self-funding outreach projects to revive interest in the “dying art” of butchery, including a series of accredited Farm to Fork workshops in local schools and a Butchery Masterclass series in partnership with global TV channel Planet Eat.

The business, which was crowned the South of England Butcher’s Shop of the Year 2020, was described by judges as ”an excellent business with sound principles and standards that are very impressive”. 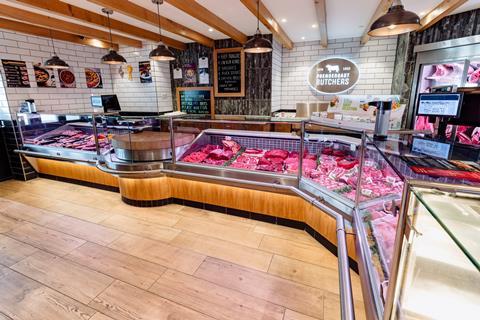 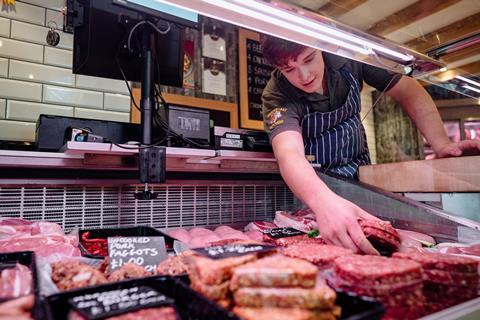 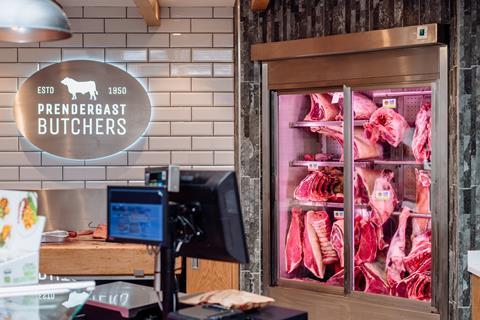 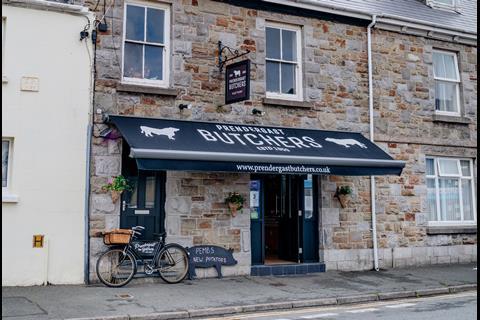 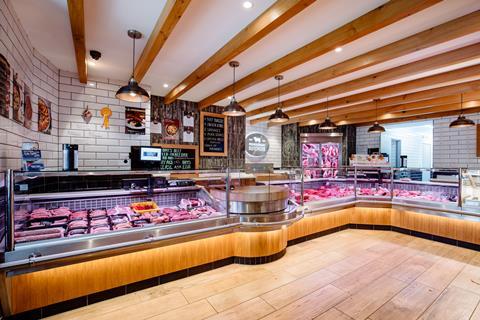 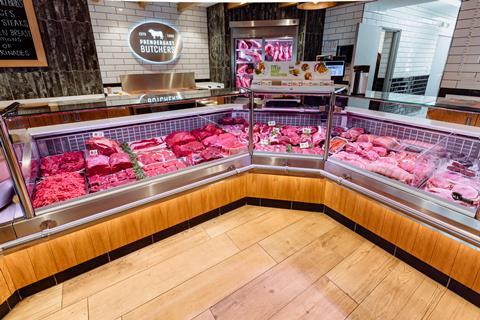 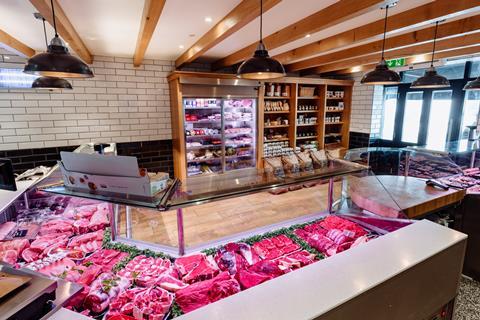 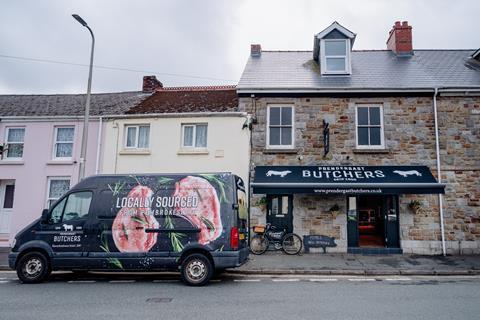 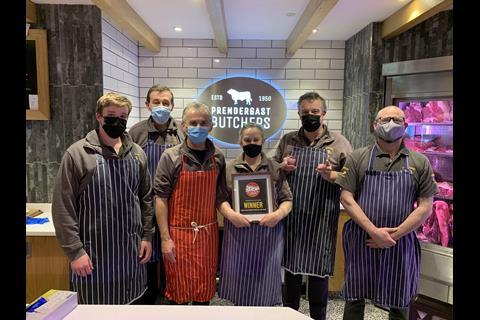 Nestled in the county town of Haverfordwest in Pembrokeshire, Wales, this family-run butcher’s shop stands out for its passion for local produce.

Owners Chris and Rachel Wolsey and their two sons, Tom and Mark, have farmed in Pembrokeshire for almost 50 years. The shop sources meat from traditional British breeds reared on the family’s own farm, and by a few carefully selected local suppliers. It is grass-fed, organic and dry aged for a mininum of 32 days to “ensure the best quality and flavour possible”.

A selection of mouth-watering bakery produce and locally sourced cheeses are also available, alongside bakeries and preserves.

The business, which was crowned as the Welsh Butcher’s Shop of the Year 2020, was praised for its initiatives to support the local community and hailed as a “really successful example of a traditional butcher’s shop”. 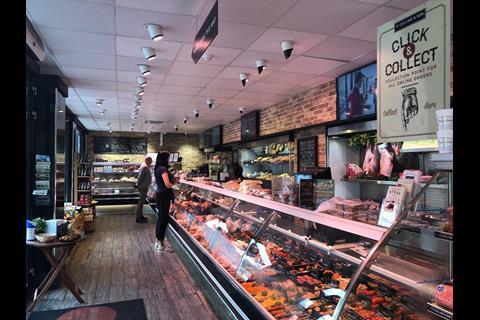 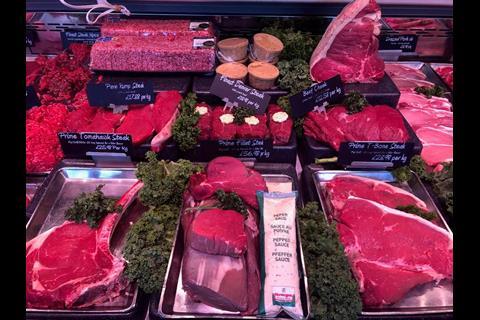 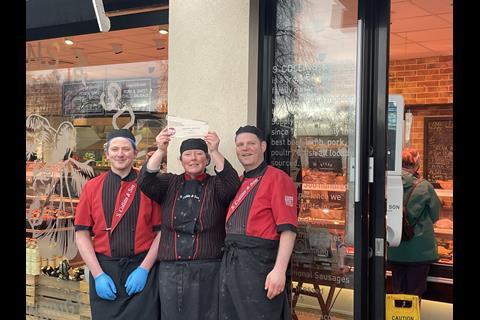 S Collins & Son Butchers in Muirhead, a village to the north east of Glasgow, has been crowned Scotland’s best butcher three times in the past decade.

And with good reason. Run by third-generation butcher Stewart Collins, this family business has long been at the cutting edge of butchery. Originally established by Collins’ grandfather in Coatbridge in 1955, the business purchased the current shop in Muirhead in 1979 and has since extended it twice, most recently in 2018.

It launched a home delivery service when it first opened in Muirhead, a customer loyalty card in 2013, online ordering and click & collect facilities in 2014 and a mobile app in 2016. It also introduced a slimming range in 2006 and last November opened a butchery unit in the Scotmid Co-op store in Old Edinburgh Road, Uddingston, eight miles south of Muirhead.

Described by the award judges as an “inviting well-presented shop with friendly knowledgeable staff and a wide range of products on offer”, S Collins & Son sources most of its meat locally from Scottish farmers. 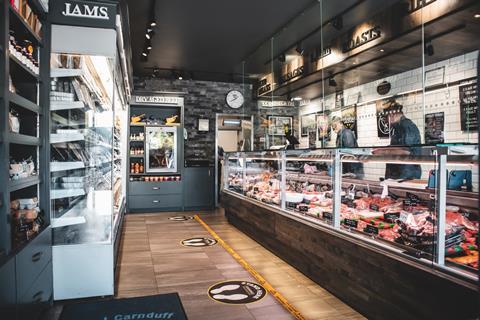 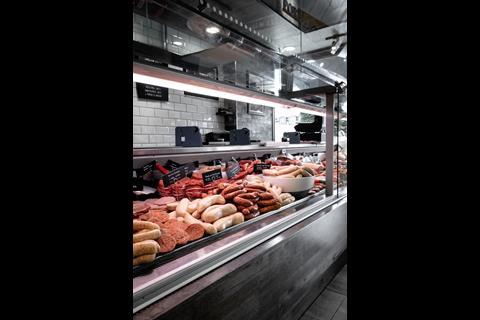 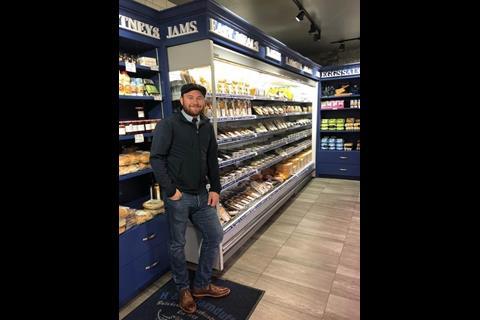 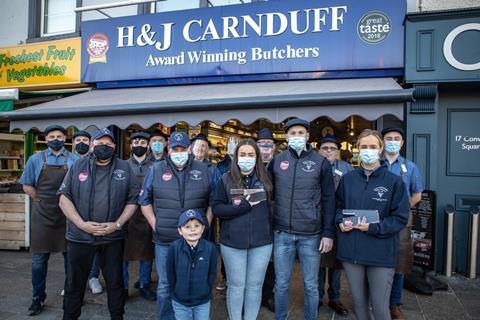 Proving that small can be mighty, H&J Carnduff is a family-run butcher’s shop in Newtownards that earns rave reviews from its loyal customer following.

Opened by the Carnduff family in 1996, the shop sells locally sourced meat and poultry, as well as hand-made healthy ready meals and pies. Through a deal with Henderson Retail Group, the business also has a number of concessions in stores across County Down.

H&J Carnduff was declared not only Northern Ireland Butcher’s Shop of the Year but also the national winner in 2020, with judges praising its ”passion for developing young butchers”. 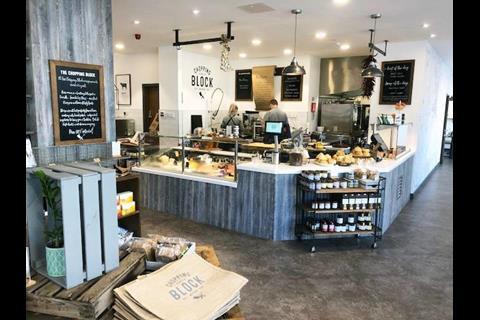 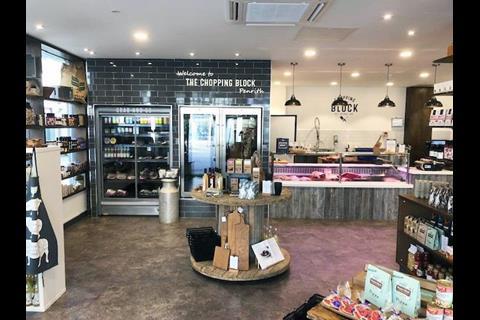 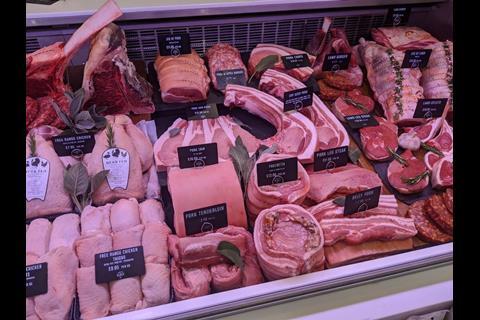 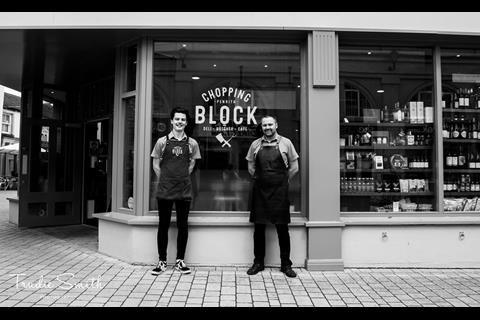 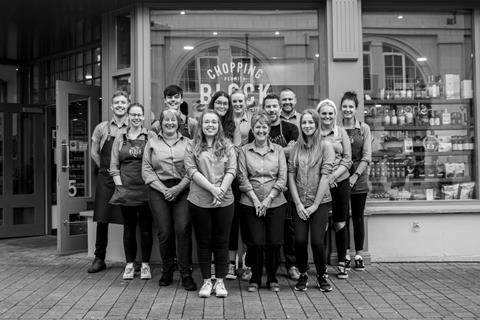 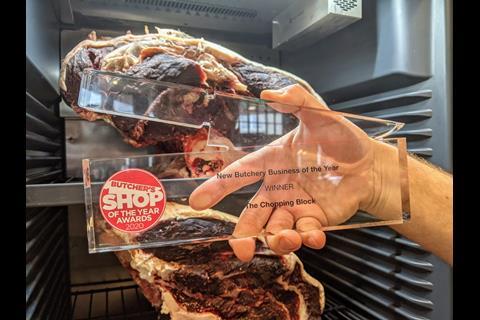 Could The Chopping Block be Penrith’s “best-kept foodie secret”? It’s certainly made a big impression since opening its doors in June 2019, building a loyal fan base that helped it survive and thrive during a tough first 18 months of trading.

The business puts a big emphasis on sustainability and uses recyclable packaging materials like waxed paper and glass bottles, donating any excess food to the local Salvation Army Food Bank.

It was named the New Butchery Business of the Year 2020, with the judges praising its “warm and welcoming” environment and “fantastic customer service”.