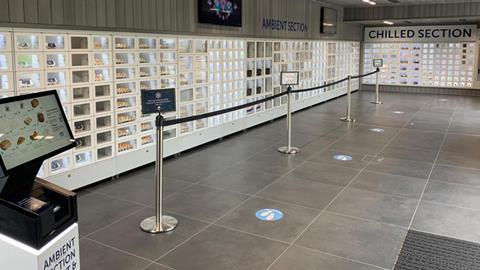 A few miles outside Derby is a farm shop far removed from the rustic-style stores usually associated with the channel. 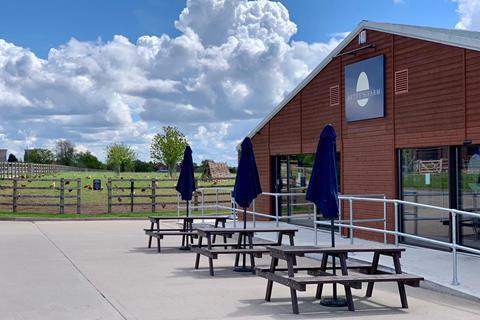 Located in Willington, Derbyshire, Betty’s Farm is named after the mother of founder John Bowler

When shoppers enter the store, they select items on the touchscreen. After using card or contactless payment, they walk down the line of vending machines as individual windows open on a timer to allow the goods to be collected.

It seems impersonal, but Betty’s co-owner Greg Marsh believes the system gives staff more time to interact with customers, offering the chance to speak to people about where and how the food is produced. 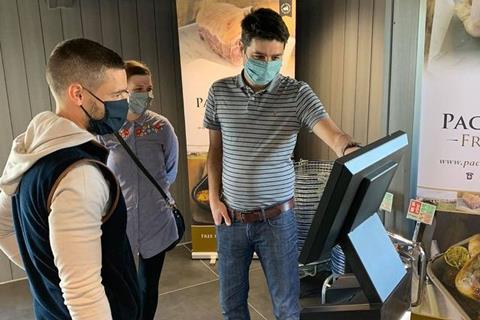 While admitting the unusual store design can be a little “Marmite”, he says the vast majority have loved the experience after getting over the initial shock.

The shop opened last month, about 10 years after Betty’s was established by John Bowler as part of a free-range egg franchise operation.

The farm was rented out at first but became vacant last year, giving John’s daughter Lucie the opportunity to bring the farm back into the family with business partners Marsh and Stewart Adams. 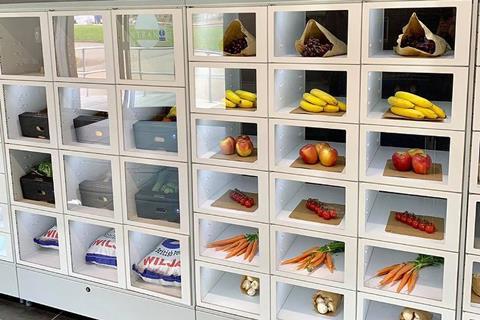 The vending system, which is produced in Italy and uses software developed in the Netherlands, opens the boxes containing goods the customer has paid for

“With Lucie’s background in marketing, Stewart’s background in project management and mine in farming we were a good fit to start a business together when the opportunity arose to take on the farm,” says Marsh.

Betty’s farm has 24,000 free-range hens, and the original plan was to open a shop to sell eggs direct to consumers. 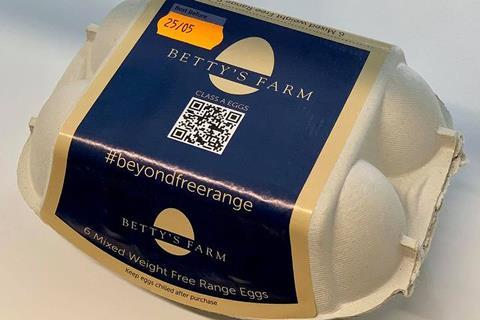 The farm’s free-range eggs are sold through the shop and are used in scotch eggs. Betty’s has 24,000 free range hens and a small herd of traditional native beef cattle

Having seen egg vending in action on farms in the UK and Europe, the business partners felt this would work well in terms of cost, reliability and added value. But, after thinking about the all the suppliers of quality food in the local area, they decided to widen the vending range. 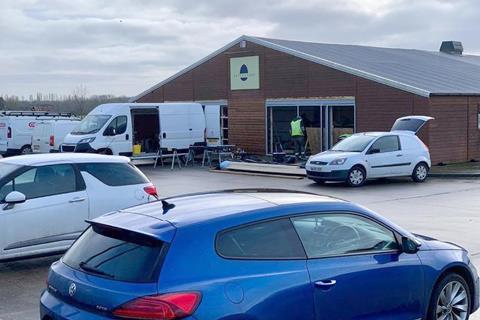 Construction of the shop included installation of automatic doors

The pandemic also played a role in design decisions for the store.

“We installed an automatic entrance and an exit with railings for queuing,” Marsh explains. “With only two payment terminals that are easily wiped clean, and food displayed behind glass, touch points are kept to a minimum, which is great for hygiene.” 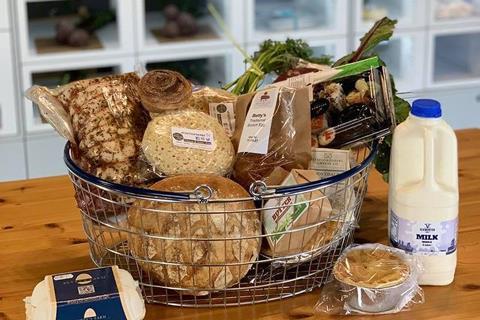 The initial costs of a vending operation are likely to be higher than a more traditional approach, he says, but believes this will be offset by benefits such as extended opening hours and contactless shopping.

And suppliers certainly aren’t put off by the unusual approach, Marsh adds.

“We have had a queue of them wanting to get involved.” 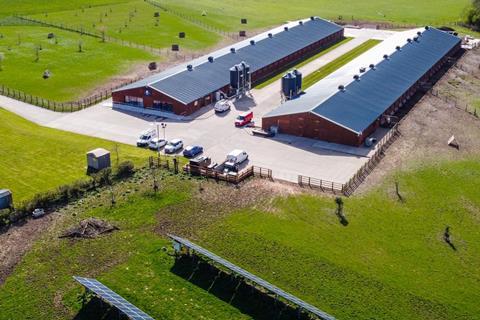