Last week John Lewis announced it would be installing LED lighting across its entire estate. After four years of trials the retailer has taken the plunge, and although it says financial considerations dominated the early months of the trial, it is no longer in any doubt.

In fact, echoing the thoughts of Marks & Spencer’s head of Plan A and facilities management Munish Datta, who believes the impact on a sales uplift may ultimately be far more than the value of direct savings from putting in LED, the focus is on enhancing the store environment to make it more shoppable, rather than the demonstrable cost savings.

“At first it was about ensuring that LED could perform to the same level as traditional lighting,” says Tony Jacob, head of construction, engineering and environment for the John Lewis Partnership. “But now we’ve reached a place where LED outperforms traditional lighting at every level, so it’s about what next? What are the opportunities and possibilities for LED that traditional lighting could never offer us? That is what’s exciting.”

John Lewis certainly isn’t the only retailer excited by the possibility, evidenced by the success of The Grocer’s Switch the Lights campaign, which put the opportunities afforded by LED lighting front and centre in the minds of the retail industry. Supported by Sainsbury’s, M&S, Iceland, Nando’s, Costa Coffee and many more, the campaign was also praised by Peter Hansford, the government’s chief construction adviser in the Department for Business, Innovation & Skills, who described it as “invaluable”, and by BIS senior adviser Tony Howells, who described the campaign as “vital”.

And it’s not just retailers sold on the idea. In terms of both the home consumer and business, the LED market is forecast to grow by more than 12 times during the next 10 years - a compound annual growth rate of 25%.

But back to the John Lewis Partnership, which began a programme to reduce its carbon emissions in 2010 when it calculated that store lighting in Waitrose accounted for 25% of the total electricity costs of a typical branch. Today, following a four-year programme of research, in-store testing and evaluation, John Lewis has committed to installing LED lighting in every new building and replacing traditional lighting with LED in all existing buildings. By the end of 2015 it will have installed over 110,000 LED lights across its entire estate, working alongside Philips and Edge Lighting.

At first, John Lewis focused on the environmental and financial benefits but early trials also exposed a flaw: the quality of the LED units available at the time was not fit for purpose. With a brand like John Lewis, compromising the customer’s shopping experience was a no-no. At the very least, the light produced by the LEDs needed to be the equal of traditional lighting.

However, the quality of LED technology has been improving as fast as the price has been falling. By 2012 John Lewis was satisfied by the progress on quality and was prepared to implement a live trial at a brand new Waitrose store in Bracknell. 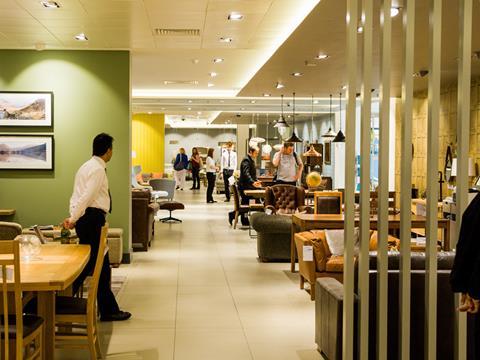 The trial showed that in a real store environment LED provided as good, or better, lighting than traditional lighting on the shop floor. And anyone following the Switch the Lights campaign will know that wasn’t the only benefit. Energy costs plunged by 40% compared with traditional lighting. Another trial followed at a new store in Stratford-upon-Avon, which was equally successful, and John Lewis calculated the additional capital investment in LED would pay back within two years.

The success of the early trials led to a decision in 2013 that LED lighting should become standard in all Waitrose stores, and considered for John Lewis stores. However, things were more challenging when it came to kitting out a department store compared with a Waitrose. John Lewis switches store layout every season to promote and highlight different products, so it required various styles of light fittings to provide sufficient flexibility. Furthermore, each new John Lewis store is now designed to be a unique shop, and while standard design principles are in place, rigid standard formats are not. And as the shopping environment in a John Lewis store is different from a Waitrose, the ideal lighting requirements afforded by the flexibility of LED meant that while Waitrose used a cool white 4,000K light, a slightly warmer 3,000K light was more suitable for John Lewis.

The different LED requirements for each store would be put to the test in 2013, when John Lewis opened a new combined store in Ipswich, made up of 3,500 sq m of John Lewis at Home and a 2,500 sq m Waitrose (the warehouse, storage and service areas were also lit by LED). Yet feedback has been universally favourable, with customers commenting that the store looks “absolutely fantastic”, according to Ken MacDonald, duty manager at the Ipswich store. He adds that there are “very few areas that are shady” and that “the customer offer is enhanced”. As a bonus, the store delivered energy reduction and cost savings of up to 66%.

Next up, John Lewis will launch LED stores in Birmingham, Horsham and Basingstoke as well as rolling LED back into the estate, which started with Southampton and is now being installed in the flagship Oxford Street branch. 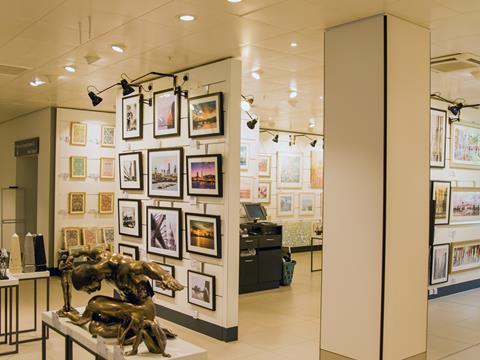 John Lewis Birmingham, which opens later this year, will be the first full-line department store with LED lighting throughout.

“We have been really pleased with the results of LED lighting and that’s why we are putting our faith in it when it comes to Birmingham, which will be our first new full-line department store in three years,” says Tim Harrison, director of store formats for John Lewis.

“As always there will be lots of new customer experiences and ways of presenting merchandise, and LED has a part to play in that.”

John Lewis has already seen significant financial and energy savings from LED and it is confident there are more benefits to come.

“We’ve started to test some of the latest generation of LEDs, which are providing greater quality of light, are cheaper to install and further reduce our energy consumption,” says Toby Marlow, engineering manager for John Lewis. “So it’s win, win, win for us.”