Enlightened thinking: how Scotmid scored with shoppers thanks to LED lighting 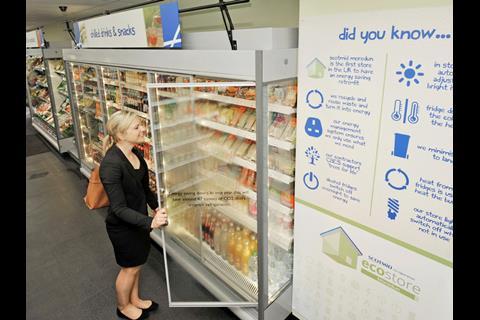 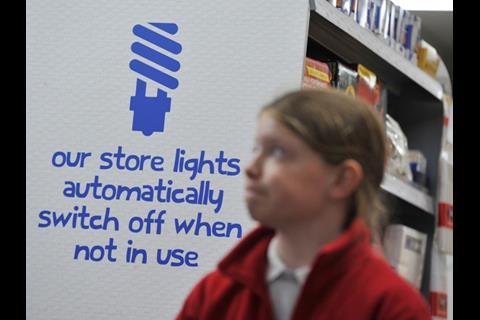 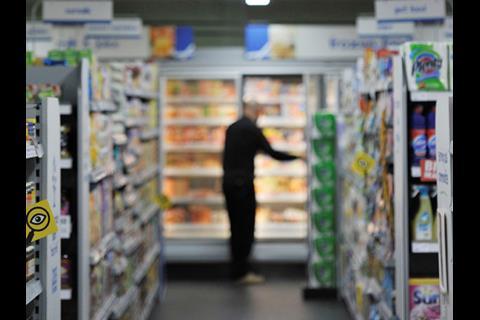 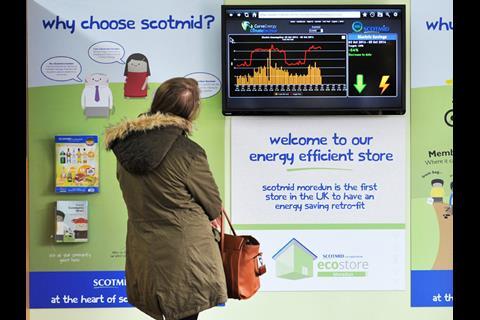 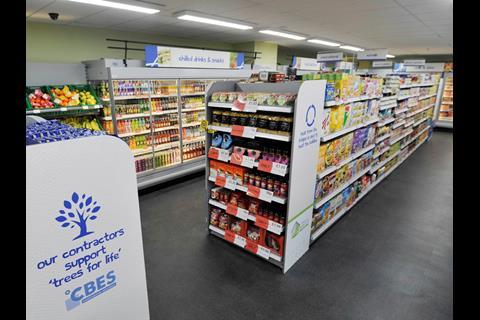 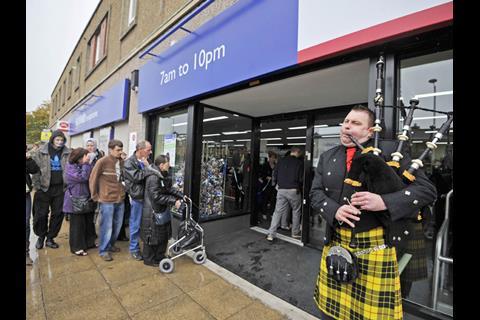 Tucked away in a low-income suburb, far from the city centre, Scotmid’s Moredun store in Edinburgh is not your usual new-build eco-flagship. Employing multiple new ecologically based technologies, this is Scotmid’s blueprint (greenprint?) for the c-store of the future, an eco-retrofit to be rolled out across the Scottish co-op’s estate.

“Moredun is part of a far larger Scotmid project,” says David Greenshields, project manager at Scotmid. “C-stores can’t afford to be totally rebuilt, but retrofitting is a great way to achieve a lot of change.”

For shoppers, it is undoubtedly the dimmable LED lights that make the biggest difference. Products shine in the fridges and on the shelves - the cans of Irn-Bru look like they have been individually polished.

LED lights have allowed the shop to achieve five different lighting zones, with 750-800 LUX lights in the aisles. All lighting automatically adjusts in relation to daylight (windows and doors are free of all posters and signs to let natural light flood in), and indoor lighting turns off when areas of the store are not in use. Rows of LED light panels cover the shop’s ceiling - and can easily be moved and realigned, should store layout change. Outside, three LED lights hang above the entrance.

“Customers say the outside lights make the store look far more welcoming,” says store manager Rose Spence. “They also love the lights inside. We’ve only had positive feedback, especially about how good the food looks. With our previous fridge cabinets, we had a problem with meat discolouration. Not any more.”

Most of the customers at the store, where the average basket is £6.58 and weekly tradings £30,000, are mums and children from a “hard-pressed” demographic. “Our main products are for instant consumption, with plenty of £1 promotions and snack foods,” she says. “The lights help bring out the colourful packaging.”

But Scotmid has also saved a fortune in energy bills. When it started the project, Scotmid set a target of reducing energy consumption by 20%. It has actually cut it by 60%, and LED lighting is responsible for 21% of that. Before the refurb, it cost about £100 per day to power the store. Now it’s down to an average of £30.

“If, last year, someone had told me I could run this store on £30 worth of power a day, I’d have laughed them out of the shop,” says Spence. But for her bosses, it was potential energy savings that inspired Scotmid in the first place. “When we brainstormed ideas with our contractor, Climate Electrical,” says Greenshields, “we realised LED lights could make a huge impact.”

Greenshields won’t reveal the price of the LED switch, but the cost “was not more than expected” and the payback is four years. Scotmid also received a grant from Resource Efficient Scotland (RES).

“Other c-stores, other independents, should not be put off by cost,” says Greenshields. “RES have grants and there are equivalents across the UK. There are also interest-free loans available. And the energy savings mean you recoup costs faster than you’d imagine.”

The retrofit of the 3,400 sq ft store only took two months to complete before it officially re-launched on 3 October. It remained open for business throughout. All the new technology is demonstrated to shoppers via a giant TV screen next to the checkouts, which provides real-time data on electric, gas, water and heat usage.

It’s also useful for the store management team. As well as keeping track of savings thanks to the building management system, managers can dial into the system in store or remotely, using their mobile phones, and can cut power to certain sections or even turn everything off. This means the store can avoid calling out engineers, as problems like fluctuating fridge temperatures can be diagnosed and fixed via the system.

And throughout the store a constant temperature of 21C is maintained as the heating system recovers and reuses heat, helped by the fact there are doors on all chillers, while the alcohol fridges turn off when booze is not available for sale.

Scotmid now intends to carry the lessons its learned across to other stores. And although the Bathgate, West Lothian store will not get a full retrofit, it will definitely include LED lighting.