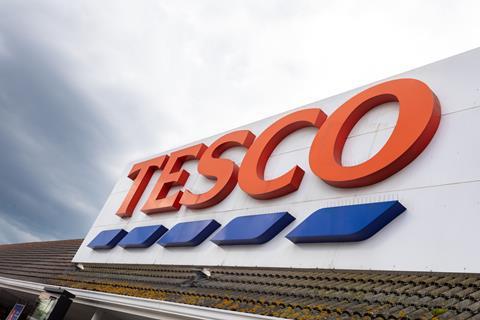 Tesco is to create five on-shore wind farms and build a network of solar-panelled roofs on its stores as part of a major switch to using renewable energy.

Included in today’s announcements were plans for on-shore wind facilities at Burnfoot East, Inverclyde, and Halsary in Scotland, with partners BayWare, EDF and Scottish Power.

Tesco said the move was key step towards its target of having 100% renewable electricity across the group by 2030 and would save 90,000 tonnes of CO2 per year, as well as creating 400 new jobs in the UK renewables industry.

Meanwhile the solar panel installations will contribute to the company’s ambition to generate 10% of the electricity it uses on-site by 2030.

In February, The Grocer reported Tesco was set for a major expansion of solar panels on the roofs of its UK stores, as part of its move towards slashing carbon emissions, having put in a series of planning applications for sites.

“Our supply chain and long-term business sustainability depend on the health of the natural environment,” said Tesco UK CEO Jason Tarry.

“This project represents a major milestone in our journey to using 100% renewable electricity by 2030.”

Seán Mallon, climate change specialist at WWF, said: “It’s encouraging to see Tesco taking such positive steps towards reaching its goal to use 100% renewable electricity by 2030.

“As part of our long-term partnership, WWF will be supporting Tesco to accelerate this ambition. All businesses must act with increased ambition and urgency to reduce emissions and end our contribution to climate change. We are the last generation who can stop this crisis from becoming a catastrophe.”