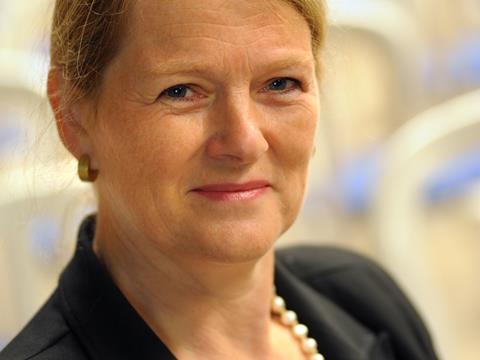 Adjudicator Christine Tacon is to call on thousands of suppliers to help her root out “notorious” buyers who have been systematically breaching the Groceries Code.

On Monday, Tacon will start contacting an estimated 8,000 suppliers asking them to take part in a YouGov survey on their relationship with retailers and urging them to point the finger at individual buying teams.

A previous survey last year was hit by poor uptake amid widespread fears the Adjudicator, who at that time had no powers to fine supermarkets, would take no action even if they complained.

But in an exclusive interview this week, Tacon, who as from next month will have powers to fine supermarkets up to 1% of their turnover, said she was determined to get more than 700 responses this time and that the questions had been toughened up to help her try to pinpoint rogue buyers.

Tacon said it was part of her drive for a “culture change” among retailers.

“We’ve added this in because we want to be able to pick up where there are problems with particular buyers because I know that some buyers are just notoriously hard,” she said. “Suppliers might have good relationships, even at chief executive level, with a retailer but it is the buyers that are resistant to that change. This will hopefully get us the answers.”

Tacon explained she has persuaded all of the big retailers to allow her to send the survey to their entire supplier list.

“Last year, 40% of those who responded said they didn’t believe that if they came forward with a complaint I would take action, which I was quite frankly insulted by,” she added.

Despite the low numbers the survey found evidence of “persistent” and “aggressive” behaviour by multiple retailers, although no suppliers submitted an official complaint.

However, David Sables, chief executive of Sentinel Management Consultants, cautioned against the Adjudicator going after too much detailed information in the survey.

“I think she needs to be careful because we are very much still in the climate of fear in which suppliers are worried about being identified and paying the price by being delisted,” Sables said.

The survey comes with Tacon already appealing for suppliers to come forward with evidence to support her investigation into Tesco, the first since she took office.

Tacon said she was willing to extend the deadline for suppliers to come forward beyond the initial 3 April deadline, adding that beyond the evidence already handed over by Tesco boss Dave Lewis from its internal investigation, she had so far received “little” in the way of new evidence.

“I’m expecting a lot of people to come in at the last minute,” she added. “I’m sure some suppliers will be flushed out by the evidence Tesco have given me but it they want to make a stand then this is the time for suppliers to come forward.”