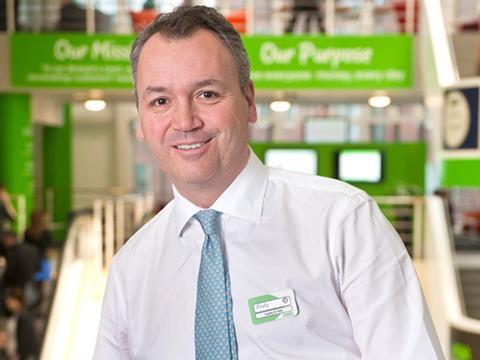 The head office jobs cull at Asda has given its trading team full responsibility for buying and selling across the business and removed what CEO Andy Clarke has decided is a mass of duplicated management roles.

The Grocer can reveal that as many as 800 of the 3,000 staff at Asda’s Leeds HQ have either already left the business or been given until Friday to decide if they will accept alternative roles.

Under the changes, which saw 200 people leave Asda on Monday alone, Andrew Moore, vice president of merchandising, will lead a trading department that will assume full control of many functions that had previously been shared with departments such as marketing and distribution.

The shake-up also sees the return of former Asda small stores boss, company veteran Glenn Bowles, who retired in January last year. He becomes senior vice president of retail and will stay at Asda until January next year.

Bowles, who one former colleague described as “a good operator, well-respected with bucket-loads of experience”, will pave the way for the arrival of former Sainsbury’s retail and operations director, Roger Burnley, who will join Asda in October as chief operating officer.

Bowles worked closely with Clarke under legendary former Asda boss Archie Norman, whose turnaround of the retailer in the early 1990s has been cited as the inspiration behind the Project Renewal strategy launched last October.

Bowles has remained closely involved as an unofficial consultant to Clarke despite his retirement.

Among the senior departures is Helen Milford, vice president of retail south, who had worked at Asda for 16 years and oversaw nearly 300 Asda stores in her last role.

Asda said it was looking for a replacement for her role.

Likewise it said it would look to replace George veteran Fiona Lambert, who has left a year after being promoted to vice president of product development design. It is understood she was offered a role that would have seen her work only on the food side of the business, but turned it down as she wanted to remain working in fashion.

Claire Lenighan, head of Asda’s trading academy and supplier engagement for the past six years, is another figure well-known among suppliers to leave. Another to go is Dom Burch, senior director of marketing innovation at Asda. Formerly head of the media team at Asda, Burch ran the Asda media partnership, which sold advertising space in Asda stores and online, one of many functions which is being absorbed back into the trading team.

Philippa Carr, Asda’s master of wine, has also left in the shake-up. It is understood the role was not seen as central to Clarke’s turnaround plans.

Under the changes, Hayley Tatum will relinquish her role as senior vice president for people and stores to concentrate on her HR role, with Bowles taking on the responsibility for stores.

A spokesman said the changes this week were not just a response to the Christmas trading situation at Asda, which is widely believed to have been the worst performer among the big supermarkets.

“This is all about accelerating the changes that were announced by Andy Clarke under Project Renewal in October,” he said.

“We are determined to make changes to the core business to improve our stores and get closer to the discounters on price. But neither Andy Clarke or Walmart are prepared to sacrifice profit in order to buy sales back. We realise that this has meant a lot of painful decisions but there has to be some fundamental changes made to the businesses.”

It has emerged that 1,200 head office staff overall were involved in discussions this week about changes to their roles, more than a third of the total staff.

Among the centralisation of roles include a major slimming down of departments including HR, facilities management, merchandising and property.

“This is all about simplification of the businesses and will bring responsibility for all buying under the trading team,” said the spokesman.

However, with one source describing the events this week as a “bloodbath” and several describing the process as “brutal”, industry observers said Clarke has a huge job on his hands to maintain staff morale.

“Morale is at rock bottom and those that are left want to leave,”