Booths looks to 'revive' the roast with new campaign 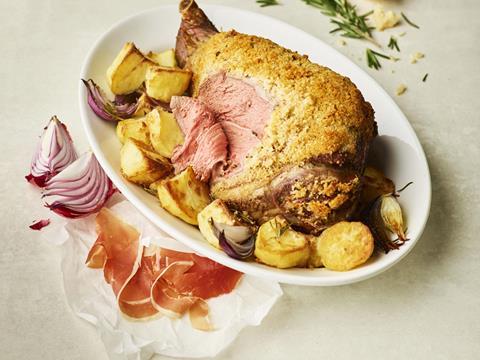 Booths has launched a ‘Revive the Roast’ campaign to reverse the declining popularity of the UK’s national dish.

The high-end retailer is using its website and social media channels to promote the roast dinner with cooking tips and recipes.

The recipes include twists on the classic roast dinner such as miso roast beef, cauliflower steaks and Parmesan-crusted lamb.

The campaign comes after a survey of more than 14,000 consumers found roasts were becoming an increasingly rare occasion.

An overwhelming 82% said they had fewer roasts than they used to, due to a mix of time pressures, lack of culinary knowledge or family moving away.

But 46% of respondents agreed that Booths should “absolutely” campaign to revive the roast dinner.

And tastes remained largely traditional, as 43% cited roast beef as their meat of choice and 81% said roast potatoes were a vital part of the meal.

Booths chairman Edwin Booth said: “Booths’ Revive the Roast campaign encourages families to slow down, spend time with family and friends to enjoy quality local produce. The great British roast is a British institution, but it actually has a deeper meaning. Time spent together over a meal with family and friends is important - it brings people together.”