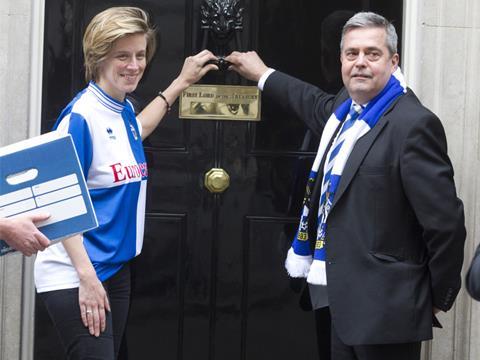 Supporters of Bristol Rovers Football Club have launched a campaign against Sainsbury’s, calling on the retailer to honour its contract to redevelop the club’s stadium.

Sainsbury’s secured planning permission to build an 80,000 sq ft store on the site of the Conference side’s Memorial Stadium in January 2013. The plan was that, in turn, Bristol Rovers would relocate to a new stadium with the University of the West of England.

But since then the club has claimed Sainsbury’s is “refusing to complete the purchase” and is taking it to the High Court to force through the sale. The hearing is set to take place next month.

The campaign has also hit social media, with fans leaving messages on Sainsbury’s Facebook page, as well as tweeting using the hashtags #payup, #playfair and #boycottSainsburys. There is also an online petition.

Bristol Rovers Supporters Club said in a statement its aim was “to send a clear message to Sainsbully’s”. It added: “Large corporations are hard to influence but one thing they do not enjoy is unfavourable media publicity.”

Bristol Rovers added: “Due to our ongoing legal action, the club is not able to officially endorse or engage in any such protests. However, we share the supporters’ frustration.”

A Sainsbury’s spokeswoman said: “We are aware of the campaign but are unable to comment any further due to ongoing legal action.”