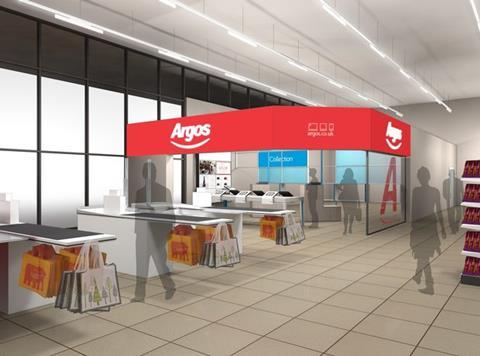 Just as Sainsbury’s was steeling itself for a Mexican stand-off with South African retail group Steinhoff over Home Retail, it suddenly found itself as the only player holding a gun after its rival’s dramatic climbdown on Friday afternoon.

Steinhoff’s withdrawal from the bidding for the Argos owner just hours before Friday’s bid deadline left Sainsbury’s as the de facto winner of the race for Home Retail without even needing to up its original bid.

Sainsbury’s returned before the bid deadline to reaffirm its offer of 0.321 new Sainsbury’s shares and 55p per share. When it agreed the deal provisionally back in early February the bid was ­valued at 161.3p per share, but a rise in Sainsbury’s own share price has boosted the bid to 170.5p per share and £1.4bn in total. Sainsbury’s shares were ­valued at 244.6p when it made the initial Argos bid, but have subsequently risen 11.7% to 273.2p by the time of the new bid.

Sainsbury’s is banking on the rise in its own share price and the extra £40m of synergies it found via due diligence (on top of the £120m already identified) to convince Home Retail shareholders to back the bid despite it remaining short of Steinhoff’s initial 175p per share cash offer.

With Sainsbury’s as the only player left in town the odds look good, particularly given the positive noises coming from the Home Retail board, which talked of “looking forward to working with Sainsbury’s” towards a recommended offer.

The City’s initial reaction was less than euphoric, with Sainsbury’s ending Friday 3% down at 273.2 on news of Steinhoff’s withdrawal. But a ­cautious backing of the deal from analysts, who had expected Sainsbury’s to have to stump up more to win, saw its share price rise steadily back to 280p by Wednesday afternoon - 14.5% above the level of its initial Home Retail bid.

Bernstein praised the “cleverly ­constructed deal”, adding: “It is at a good price, avoiding the uncertainty of a Class 1 transaction [and] is both earnings accretive and enables a reduction in ­leverage ratios.”